Campaign to turn over a new leaf 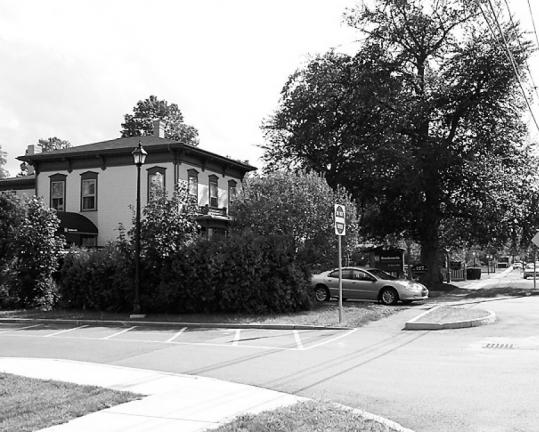 Marj Immonen can talk about the many reasons to plant more trees in Wrentham, but she thinks a pair of photographs says it best.

In one, a 100-year-old image of South Street, an iconic New England view is enhanced by an elegant avenue shaded by a leafy canopy of tall trees. In the more recent photo, the trees are gone. And so is the magic, she says.

The denuded road, like countless others in communities across the region, exhibits the clear effect of disease, neglect, and development, Immonen said, with results she called tragic.

So Immonen and 10 other Wrentham residents have pulled together a nonprofit group called Wrentham Friends Organized to Restore Enduring Shade Trees, or FOREST, to help restore the losses. They are offering $50 rebates to residents who plant shade trees on their property along the town's streets and sidewalks.

Wrentham isn't the only place where private residents are joining together to either supplement their community's dwindling tree-planting budget, or act independently to plant and protect shade trees. Bruce Carley has been working for 20 years in Acton to restore and protect the town's elms. And in Newton, the Newton Tree Conservancy was recently launched to raise money and awareness to support adding and preserving shade trees in the Garden City.

"It's a great idea for citizens to plant and take care of trees in their community," said Wendy Fox, a spokeswoman for the state Department of Conservation and Recreation, which manages countless trees on its properties throughout the state, and offers a program to assist communities and nonprofit groups in protecting, growing, and managing their natural resources. She said one simple way for residents to help preserve trees is to water them once or twice a week from April through October.

But in some communities the push to provide and protect trees goes beyond watering.

The Wrentham effort received a $500 donation from John Carroll Advertising and is giving out two rebates this spring and more in the fall.

A former chairwoman for the town's Conservation Commission, Maureen Osolnik said she decided to help found FOREST after seeing the need for the group.

About 50 miles to the north, Carley, who now lives in Boxborough, is working to reintroduce a disease-resistant strain of the American elm to his hometown of Acton. Around the country, millions of the grand specimens fell in the 1960s and 1970s to Dutch elm disease.

It's nothing Carley is paid to do, simply a labor of love, he said, that has resulted in donations of 40 trees to the town and 20 others on private properties.

"I often find myself wishing other people would contribute to a similar worldview," Carley said. "Taking up this project helped me to feel that my life is worthwhile."

Carley has nurtured hundreds of elms in a backyard nursery, many of which have found long-term homes in the Acton Arboretum, a 64-acre natural wonderland in the town center.

Future plans, which include work to bring back the American chestnut, are detailed at www.elmpost.org, where Carley also sells and ships elms to customers around the country.

"How do you place a dollar value on what he has done?" he asked. "It is priceless."

In Newton, the new conservancy is helping with the push to replace trees that are going down.

The city has 33,000 trees on public land, but in the past decade, more than 5,500 specimens have been removed. More than $200,000 of the Forestry Department's $400,000 budget goes to contractors to help remove dead trees and prune sick ones.

While about 500 trees are removed each year, the city has been able to plant just 800 trees over the past five years, nearly all funded by its Tree Preservation Ordinance Fund, officials said.

Because the city's budget is limited in maintaining its urban forest, the Newton Tree Conservancy has worked for the past year to create a safety net for the old trees and hope for new ones. Since starting its fund-raising efforts in October, the group has raised $6,500.

The conservancy planted a big tulip tree by City Hall last fall, and on Day, April 24, will plant five more in various locations to be decided. Its members are also working with the city's Forestry Department on an in-house nursery, which already has about 120 saplings. Those will be planted around the city when they are big enough.

"We don't have big numbers yet in terms of planting," said Katherine Howard, the group's president. "But we do have big ideas and plans."

With about 80 members so far, the conservancy will eventually give grants to residents to plant trees in their neighborhoods, along with offering a roster of educational programming and community events.

"We have 30,000 shade trees in terrible shape that have been pruned to death and whacked away at by utility companies," Howard said. "We live in such a beautiful community. The original founders provided for us and cared about future generations."

Without focused efforts now, she predicted, "When a child that is in third grade now retires, there won't be any more street trees in Newton."

More information about Howard's organization is available on its website, www.newtontreeconservancy.org.

Michele Morgan Bolton can be e-mailed at mmbolton1@verizon.net.