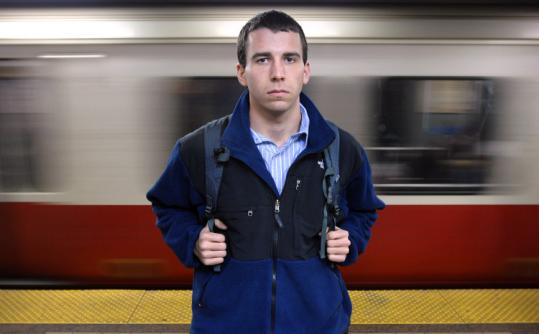 People who live in New York, Chicago, San Francisco, Moscow, Montreal, and some 250 other cities can log on to Google Maps not only for walking and driving directions but also for instructions on how to get to where they need to go via public transportation.

Bostonians do not have that option, but a 20-year-old college student from Cambridge is trying to do something about it.

Last month, Luke Bornheimer created a Facebook group - which he named "Put the MBTA on Google Transit!!!" - to petition the MBTA to list the city's buses and trains with Google Maps. The group's membership grew to 135 people in less than a month.

"It seems so simple, and frankly the Boston area as a whole looks a little silly for not having their transit authority's buses and trains listed on the website," Bornheimer wrote on the group's site. "So . . . invite all your friends, anyone who rides the T, or simply someone who feels that this is a logical and simple step to more accessibility for the MBTA and Boston."

Bornheimer has already phoned the MBTA with his request, but he said he will approach the T again with a link to his group to demonstrate that many people would like to see it happen.

Bornheimer's Facebook initiative is the most recent example of MBTA-related groups on the social networking website, where Boston-area residents have spearheaded efforts with goals ranging from stopping fare increases to bringing back tokens. There are also groups in which Facebook members discuss their favorite T stations and least favorite bus routes, groups for people who support extending the Green Line and commuter rail service, and even a forum where females share stories about the perverts they've encountered underground.

With more than 700 members, the most popular MBTA Facebook group is called "I Wish the MBTA Was 24 Hours." The second-most-popular group, with 512 supporters, "The MBTA Should Be Open All Night," has much the same thrust, and a third group devoted to the same topic numbers 112.

Former Dorchester resident Tim Skinner, 24, created "I Wish the MBTA Was 24 Hours" after he missed the last Green Line train from Allston and had to make the two-hour walk home - he had no money for a taxi, he said.

Skinner moved to Brooklyn this winter (New York City's all-night subway had something to do with it, he said), but he still thinks 24-hour service should be implemented in Boston. It would probably increase the T's revenue, he said, if the trains ran until 2 a.m. on Friday and Saturday nights, picking up students when the bars closed.

But no one at the MBTA is even contemplating all-night train service at this point, regardless of what people on Facebook want. "The T barely has the resources to operate existing services, never mind adding additional services," said T spokesman Joe Pesaturo.

Pesaturo says the MBTA can't run trains at night because that's when maintenance work on the signals and tracks takes place, and an experiment in late-night weekend bus service called the Night Owl that ran from 2001 to 2005 was a money loser.

While it's good that the Internet gives young people a place to express their opinions, Pesaturo said the most effective way to voice concerns is to e-mail them directly to the T.

And, incidentally, that's exactly what another Facebook group urges users to do.

"[Expletive] the MBTA!!! Complain to them!" has more than 100 members and includes the MBTA's phone number and website for anyone who has something to complain about.

"If we get enough complaints . . . maybe they'll change something," writes an Emerson College student calling herself Meaghatron Patricia Moulton who started the group. "I called and complained many times, but the person on the phone always says, 'Well . . . we can't do anything unless we get more complaints.' So get on it!!! Let's make the MBTA a 24-hour service that runs on time!"

Oh, and by the way, the public transportation directions on Google Maps?

Pesaturo promises that the MBTA is working on them. Boston's public transportation network should be on Google Maps by late spring, he wrote in an e-mail. But, he added, the Facebook group didn't have anything to do with the decision.

Google spokeswoman Elaine Filadelfo confirmed that Google has spoken with the MBTA, and said "it's great" that there is a Facebook group of people who would like to see Boston's buses and trains on Google Maps.

A similar effort by Brown University students helped get the public transportation network in Providence on Google, she said, because it made officials "feel confident that it was important for their riders."

"Community support, especially when the project is starting out, is hugely helpful," she said.