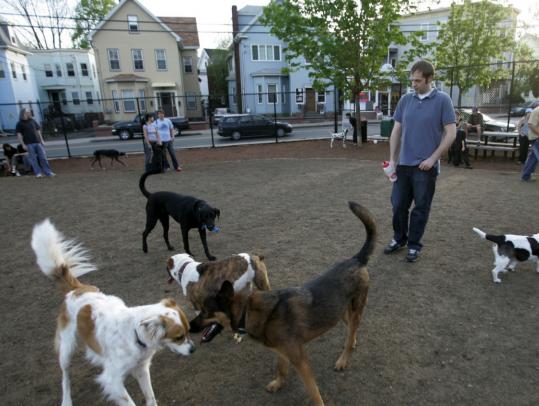 Somerville is in good financial shape for the remainder of this fiscal year but is staring at a nearly $12 million hole when the new budget kicks in July 1, city officials say.

The city needed to cut only about $3 million from the current $165 million budget. Most of that has already been done, Mayor Joe Curtatone said in an interview earlier this month.

In November, the city froze hiring for positions not essential for public safety, froze wages for nonunion employees, and increased those workers' healthcare contributions.

"We got ahead of the program," said city budget analyst Matthew Dias. The city also took in about $400,000 more revenue through January than expected.

What will be cut? If you could shake the city's Magic 8 Ball, you'd see: Ask again later.

Officials are waiting for local aid and education funding numbers to come down from the state and taking time to plan, Curtatone said. "We're not going to rush." He added: "Everything is on the table."

The School Committee members "have started to discuss it but we haven't gotten far," Niedergang said.

Curtatone convened an all-volunteer advisory committee "to be a sounding board" for ideas, said Sam Tyler, a School Committee member and president of the Boston Municipal Research Bureau. He considered it an unusual strategy.

Somerville expects to see a significant reduction in local aid from the state, which makes up about one-third of the current budget. In general, the city has trouble raising revenue due to its small commercial tax base, Curtatone said. Developments such as Assembly Square, a prime candidate for federal stimulus funds, should help - but not by the time the new budget takes effect.

The estimated gap of $11.9 million factors in declines in revenue from building permits and excise taxes.

Healthcare is a killer, eating up 15 percent of this year's budget with a probable $3 million increase to come, Curtatone said. Many employees and retirees use an expensive fee-for-service plan rather than health maintenance organizations or preferred provider organizations.

Tyler said, "The mayor and his staff have a real good handle on the budget and steps they might pursue."

Thirteen percent of the current budget covers debt service and pensions. Going forward, that means "probably more reductions in staff," Tyler said, because that's "where you have control."

The city planned to negotiate "every aspect of healthcare . . . the state lets us" with its 16 unions, communications director Tom Champion wrote in an e-mail. The mayor favors a statewide proposal that would shift retired employees to Medicare.

On the revenue side, federal stimulus funds may cushion the blow for schools, police, and social services. Schools and, to a more limited extent, police departments may use some federal money to fund operations, Tyler said.

Officials had their fingers crossed for Governor Deval Patrick's proposals to institute local meals and hotel taxes, and end a tax break for telecommunications companies - to the tune of an estimated $3 million for Somerville.

However, no matter how large the budget gap ends up, the city won't jettison culture and recreation initiatives, Curtatone said.

The goal is "to not go back" on services, Curtatone said. "Crisis should spur creativity."

Marty Martinez, chairman of the Progressive Democrats of Somerville, wanted creativity to come from far and wide. The group has called for public budget hearings and plans to hold a forum in May.

"Let neighbors hear what the struggle is and where the gaps are," Martinez said. That "can generate more support for tough cuts."

Though the aldermen must approve the budget, they have limited power to change the mayor's proposal and thus input needs to come first, Martinez said.

The city has created a budget page on its website where residents can complete a survey, and the mayor plans to hold special neighborhood meetings in the coming weeks, Champion said.

Tyler said Somerville's time frame wasn't unusual: "We're seeing a number of communities that are trying to delay making any announcements." He thought the advisory group would continue to meet longer than expected.

Still, the gap is "dramatic, huge," Curtatone said. "We have to spread the pain equally - or equably." Or, as the Magic 8 Ball might say: Outlook not so good.