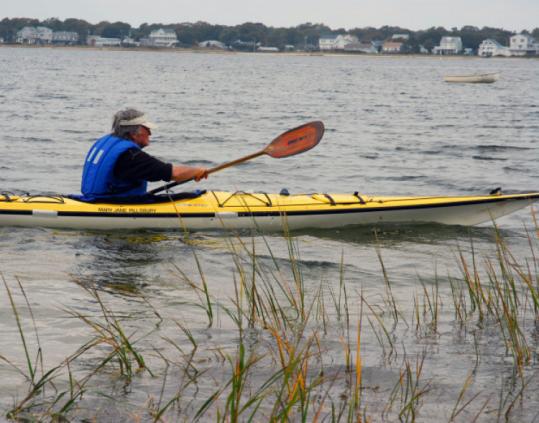 The public libraries in Freetown, Norton, and Wareham have lost their certification because, in the state's view, the communities went too far is slashing their budgets.

The Massachusetts Board of Library Commissioners voted to decertify four public libraries statewide - Hubbardston was the fourth - at its meeting last month, even as library use continues to climb.

"It's a difficult position for us to have to take. We feel awful for all four of these communities," said George T. Comeau, chairman of the state board.

The denial of certification means a further loss of state aid to the cash-strapped libraries and loss of access to millions of books and materials that patrons have been able to borrow through a regional interlibrary loan system.

On Feb. 12, the commissioners granted 22 out of 26 waiver requests statewide. Brockton, Hull, and Rockland were among those that got waivers.

Bridgewater, which was decertified earlier, was not ready to reapply for state aid.

While state library officials defended their decision to withdraw certification, the move has angered some local officials who said they had to choose between laying off teachers and police officers or making cuts to the library.

"We've cut everywhere that we could possibly cut. We're proud that we have been able to keep our library going on a little over $100,000. This year we just couldn't afford it," said Freetown Selectman Lawrence N. Ashley.

Comeau, who lives in Canton, said the four communities that lost certification had cut their library budgets far more than those of other town departments. A town can generally cut a library budget 5 percent more than the rest of its budget and still be within acceptable limits. Cuts of up to 15 percent higher are sometimes granted waivers.

"We know the funding is going to be flat in times like these," Comeau said. "But they shouldn't be cutting 36, 38 percent. It's too deep. When communities make those kinds of decisions, they are in essence decertifying themselves."

Ashley said he was surprised and angered by the commission's decision and found the commissioners' tone condescending. He said Freetown was forced to lay off police officers and teachers and cut back hours at Town Hall this year. The library cuts were part of the package.

The loss of certification affected both of the town's libraries, the White Memorial Library in East Freetown and the Hathaway Library in Assonet Village.

"This economy is not business as usual, and they shouldn't be acting as if it is," Ashley said. charged. "There will be a lot more libraries in the same situation next year. I'm sure of that."

Comeau countered that there are 334 communities whose libraries do meet the requirements for certification and waivers were granted for nine communities with cuts between 5 and 15 percent. Under state law, communities must meet the municipal appropriation requirement, be open a certain number of hours based on size, and use 15 percent of its budget for materials.

Comeau said state legislators have proposed waiving certification during tough economic times, but that, he believes, would result in an "open season" on cutting library budgets.

The loss of interlibrary loan materials is a tough blow to the decertified communities, he said. Freetown, Norton, Wareham, and Bridgewater are all in the SAILS regional library network.

"It's been painful for me" said Deborah Conrad, executive director of SAILS. "I'm just hoping that when the economy improves they will be able to recover as well."

Conrad said losing certification means that those communities are able to borrow from only a very small portion of the 4 million materials in other libraries in the SAILS network, which includes 39 communities and 75 libraries.

By law, the libraries in K-12 schools, Bristol Community College, and Massachusetts Maritime Academy are not allowed to restrict access. Only the town of Swansea has voted to allow access to decertified communities.

At the Wareham Free Library, Susan Pizzolato, acting library director, praised a fund-raising effort led by Richard Wheeler, who organized a paddle-a-thon, logged in more than 1,000 miles in his kayak, and raised more than $60,000 for the library.

The effort allowed the staff to operate more hours to serve middle school students who flock to the library after school lets out.

"The town's fiscal predicament is still pretty serious - it doesn't look like there'll be budget relief at any time soon," Pizzolato said.

Despite reduced hours, Pizzolato said, usage is up and there have been a greater number of people using the library's bank of computers to search for jobs, complete college financial aid applications, and complete income tax returns.

"We've been held in high regard throughout the region. It saddens us to see us lose that place because of circumstances that we can't control," she said.

Elaine F. Jackson, Norton's head librarian, said she is hopeful some relief may come her way at Town Meeting. The Finance Committee has agreed to support restoration of some cuts.

Jackson said one of the first moves her staff made once the cuts were made was to revamp the website to make it more accessible from people's homes.

In Freetown, library director Dorothy Stanley-Ballard has seen her staff cut to three 20-hour-a-week positions and still manages to keep the town's two libraries open a combined 26 hours a week.

Plans for a new centralized library are a "pipe dream" at this point, she said, although Town Meeting voters will probably be asked to spend about $10,000 to repair the Assonet library's roof.

Even while budgets are strained, the state's libraries are seeing more patrons come through their doors, more books and other materials borrowed, and a growth in programs for children, young adults, and adults.

Source: Massachusetts Board of Library Commissioners