Life without a job

Three Greater Boston residents - Ajita Perera of Shrewsbury, Jayna Dinsmore of Groton, and Ken Masson of Chelmsford - share how they have coped with losing their jobs, and their determination to find new ones. 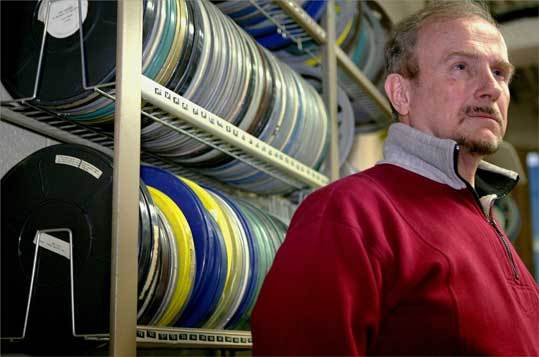 "We're in a crisis," said Ken Masson, who heads the Merrimack Valley Rotary Club and lost his job in December, several months after his employer, Massbank Corp., was bought out by Eastern Bank Corp. "With 11 million people in the US without a job, going through hardships, that's a crisis."

Increasing unemployment across Greater Boston prompted the former service marketing director to call on his fellow Rotarians to consider a twist on one of their organization's core missions, vocational service, by helping out the laid-off workers in their own backyards.

"You think of Rotary coming to the rescue of people who have polio or need water in developing countries, but there are things we can do right here," Masson said.

With that in mind, the 18-member Merrimack Valley club, which includes business leaders from five communities, has offered to sponsor Masson's latest brainchild, something that could loosely be described as Layoff TV, the region's first cable-access show about finding a job. It will be produced, directed, and hosted by people looking for work, with episodes taped at Chelmsford TeleMedia's studios and distributed to cable systems across the area.

The TV show - as yet unnamed - seemed like a great way to stay busy, active, and creative, Masson said. Possible topics include financial advice for the recently laid-off, image makeovers, tips on Internet networking, and how to create a 30-second personal commercial known among career consultants as the "elevator pitch." Nearly a dozen potential volunteers showed up at the first organizational meeting last week.

"We have to be out there, instead of waiting for the job to find us," said Masson, a 20-year Rotarian. He said he feels fortunate to have some savings, a supportive wife, and a modest lifestyle, which will help him weather the unemployment storm.

Masson, who is in his 50s, is no stranger to job layoffs. During his 20-plus-year career in community banking, he has seen several employers swallowed up by larger firms. But the last time he recalls seriously job hunting was in 1988, when another bank buyout left him unemployed.

He bounced back with a stint at Digital Credit Union in Maynard, and then four years with a Chelmsford-based bank that was acquired by Massbank in 1992.

Masson said he held a small advantage when unemployment knocked. He had known his job could be eliminated several months before the ax fell. He is already active in employment networking groups in Acton and with an Andover-based organization, WIND (for Wednesday Is Networking Day), which runs career counseling meetings through a half-dozen chapters in Greater Boston, including Watertown and Westborough, and Portsmouth, N.H. And he will probably be featured on an early episode of the new cable show.

He may seek a nonprofit marketing position, though he thinks that would probably entail a pay cut from his previous jobs.

In the meantime, Masson said, he is determined to remain busy. Along with Rotary activities and the new cable show, he volunteers with Coalition for a Better Acre in Lowell and other local nonprofit groups.

"You can't just sit around at home," he said. "You have to be a positive person, even when you don't always feel like it"