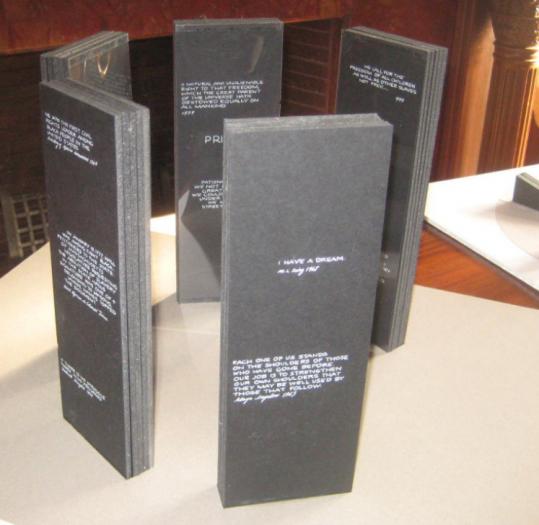 As sculptor Ted Clausen began designing a monument to Prince Hall, the Revolutionary War veteran and founder of the Masonic order that carries his name, he said, "It became apparent how pivotal this man was to the civil rights movement."

Clausen, who is best known for the Vendome Firefighters Memorial in Boston, unveiled his Prince Hall design last week at Cambridge City Hall. It is to be placed on Cambridge Common where Hall, a freed slave, met with General George Washington in 1775 and urged him to recruit African-Americans for the Continental Army.

To illustrate that concept, Clausen has designed a circle of 6-foot-tall black slabs. Facing outward will be quotations from civil rights leaders, including the Rev. Martin Luther King Jr. On the inside surfaces will be quotes from Hall himself.