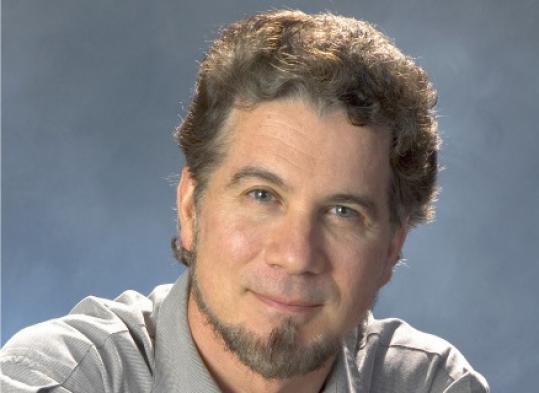 Jonathan McPhee would never dream of upstaging Santa Claus. No, the dynamic director of the Lexington Symphony knows that he has to work hand-in-glove with the jolly old elf to pull off a new addition to the town's holiday celebration: The symphony's first holiday pops concert.

On Dec. 5, to mark the conclusion of Lexington's annual shopping night, now renamed "Lexington's Holiday Festival Night," the Lexington Symphony will perform a concert that mixes traditional holiday tunes with some unusual twists.

"When you look at celebrations which go all the way back to the dawn of man, music has been the thing that has drawn people together," said McPhee, who has led the symphony for four years. Thus, the symphony has tried to add "value to activities that already exist in a community."

This year, the symphony will do its part for the town's annual shopping extravaganza by holding a pops concert at 8 p.m. in Cary Hall, in the town's center.

The addition of a concert after a day of shopping specials, raffles, street and indoor performances, carolers and - of course - a visit from Santa, was not planned without some trepidation, McPhee said.

"It's a major new thing in the mix of the shopping day which is [already] very successful."

But planners are hoping shoppers will stick around through the afternoon, maybe have dinner, and then take in the pops concert. The price is attractive: Tickets are $15 and children under 18 get in for free, thanks to underwriting by Brookline Bank and Watertown Savings Bank, McPhee said. "It will give an extra push to shoppers day."

Activities in Lexington start at 4 p.m. that Friday and will go into the evening. "We have lighting with Santa, shopping, dining, and performance. It isn't just a shopping night; it isn't just a Santa arriving to turn on the tree night - although that is part of it," said Mary Jo Bohart, executive director of the Lexington Chamber of Commerce. Hence the switch to the "holiday festival" label.

In planning the holiday pops concert, McPhee had to choose music that would not only appeal to a newer, younger crowd, but would challenge orchestra members, who may be more accustomed to doing Beethoven or Dvorak symphonies.

"Pop concerts are in an interesting place because a lot of orchestras traditionally in America look at pop concerts and say, 'Oh, do we have to do that?' " McPhee said. "I have never subscribed to that attitude. Music is a very broad spectrum. Your audience is just as diverse in their musical tastes."

The Dec. 5 concert will feature arrangements of "Winter Wonderland," numbers from "Polar Express," "Christmas Festival" by Leroy Anderson, the theme from "A Charlie Brown Christmas," and a "Chanukah Suite" by Jeff Tyzik.

"One of the things I've discovered about Lexington - it's a very musically literate community," McPhee said. "So I found this thing called 'Beatlecracker Suite.' We're going to do parts of it. When you start to listen to it, it sounds absolutely like the 'Nutcracker Suite.' " McPhee started humming the familiar opening. "Pretty soon you realize you're listening to 'Help, I need somebody.' It's so beautifully woven in there; it's like, 'Name that Beatles tune.' So it's very clever. That's a fun twist on holiday favorites."

Also performing will be the Halalisa Singers, who specialize in world and multicultural music; the Lexington High School Madrigals; and Lincoln-Sudbury High School's Accent A Cappella.

There also will be a holiday sing-along with handout sheets for those hard-to-recall second verses of traditional songs.

And Santa will show up, in a special, not-to-be-revealed fashion. "Believe it or not, that was one of the big debates - how do we get Santa to arrive," McPhee said. "It will be a very special surprise."

Because Santa loves a good holiday pops concert, too.

Stephanie Schorow can be reached at sschorow@comcast.net.