Flynn in fair condition, remains in hospital to undergo tests 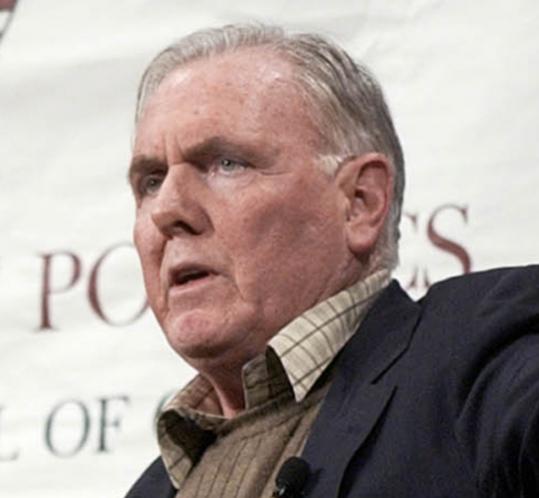 Former mayor Raymond L. Flynn was alert and resting comfortably yesterday at St. Elizabeth's Medical Center, where he was listed in fair condition and undergoing tests after collapsing during a speech Wednesday night.

Family members visited Flynn, who once served as ambassador to the Vatican, and found him in good spirits, talking about politics and sports, his son Edward said.

Still, a statement issued by the hospital indicated that he would remain there last night.

"He expects to continue to receive outstanding care and treatment and wishes to thank all the people of the city of Boston for their outpouring of prayers and well wishes for him and his family," the statement said. "Mayor Flynn looks forward to walking out on Castle Island with his wife and grandchildren in the near future."

Flynn, 69, was giving a speech at Bad Abbots pub in Quincy as part of the "Theology on Tap" series, which features speakers discussing religion in a bar setting, when he collapsed about 7:30 p.m. The bar was crowded, with about 120 people, and the room was hot, said bar owner Peter Kerr. Flynn was about 35 minutes into his speech when he passed out.

Flynn has been under intense stress lately, his son Raymond Jr. has said. He is grieving the loss of his brother, Dennis, who died last month of a heart attack at age 61. On Monday, the former mayor attended a Mass for his brother marking a month since his death.

Flynn has also been battling recurring melanoma, a form of skin cancer, his son said. He said that his father suffered from the disease while he was mayor more than a decade ago and that he has been experiencing symptoms again recently. His son said yesterday that the case is not serious but that it may have combined with other stresses to lead to his father's collapse. Flynn first publicly disclosed his melanoma while mayor, in 1993.

A Democrat born and raised in South Boston, he was elected to the City Council in 1978 and served for six years before becoming mayor in 1984.

President Clinton appointed him ambassador to the Vatican in 1993, a post he held until 1997.