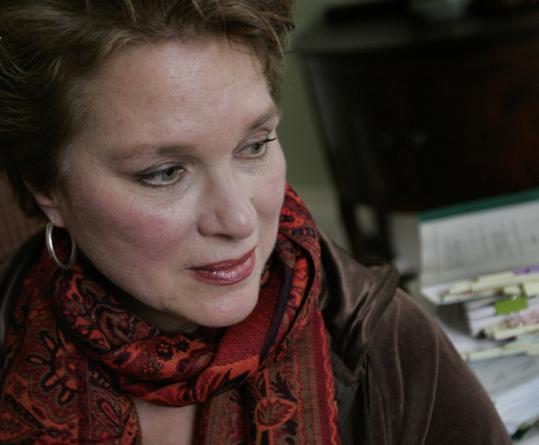 Gloucester publisher Jane Daniel is asking a judge to throw out a verdict because a writer ''perpetrated a hoax'' on her. (Suzanne Kreiter/ Globe Staff)
By Denise Lavoie Associated Press / August 26, 2008
Text size – +

It was a shock to Misha Defonseca's readers this year when she admitted that the best-selling story of her tortured childhood during the Holocaust was false, but her US publisher saw it as an opportunity to undo a stinging, 7-year-old court judgment.

Jane Daniel said she never would have been ordered to pay Defonseca and her ghostwriter $32.4 million over her handling of profits from "Misha: A Memoire of the Holocaust Years" if the jury had known that the book was filled with lies.

Defonseca never lived with wolves to escape the Nazis, never killed a German soldier in self-defense, never walked 3,000 miles across Europe in search of her parents. Contrary to the book's assertions, Defonseca admitted in February that she is not Jewish.

Daniel is asking a judge to throw out the verdict; a hearing is set for Thursday in Middlesex Superior Court.

"This is a case where everyone was so enamored and felt so much sympathy for the Holocaust survivor, it just overwhelmed everyone in the case, including the jury," Daniel said in an interview with the Associated Press. "Now to find out that the book was not true, that is fraud on the court."

Defonseca and her ghostwriter, Vera Lee, said the truth of the 1997 book had no bearing on the jury's finding that Daniel cheated them out of profits.

"It has nothing to do with that," said Defonseca, 71, of Dudley.

"This credibility issue is something Jane is digging up now," Lee said. "That's not what the trial was about. It was about the fact that she cheated us."

Daniel met Defonseca in the 1990s while Daniel was doing publicity for a video company that had made a memorial video for Defonseca about her dog. "She said the reason she was so attached to dogs is because she had been so attached to wolves," Daniel recalled. Once she heard Defonseca tell her whole story, she asked her to write a book.

The harrowing tale of a little Jewish girl's survival became a bestseller in Europe, was translated into 18 languages, was turned into a feature film in France, and drew interest from the Walt Disney Co. and Oprah Winfrey.

But the book sold only 5,000 copies in the United States after Daniel had a falling out with Defonseca and Lee.

The two sued Daniel for breach of contract. In 2001, a Middlesex District Court jury found that Daniel had failed to promote the book as promised and had hidden profits. The jury awarded Defonseca $7.5 million and Lee $3.3 million, but those amounts were later tripled by a judge who found Daniel and her small publishing company, Mt. Ivy Press, had misled both women and tried to claim royalties herself by rewriting the book.

In a brief telephone interview, Defonseca would not discuss her admission that she made up most of the details of the book. In February she acknowledged that her book was a fantasy that she kept repeating.

"This story is mine," Defonseca said in a statement released by her lawyers. "It is not actually reality, but my reality, my way of surviving."

Defonseca admitted the book was not true after a genealogical researcher working with Daniel on her own book about the case uncovered inconsistencies in her story, including records that showed Defonseca was baptized Catholic and had attended an elementary school in Schaarbeek, Belgium, in 1943, during a time in which she said in her book she was living with wolves in Ukraine.

Daniel's lawyers are asking a judge to overturn the jury's award because Defonseca "perpetrated a hoax" on Daniel, her publishing company, the public, the trial judge and a state appeals court that upheld the verdict. They said Defonseca directly violated a provision in her publishing contract with Daniel in which she affirmed the content of the book was true.

"From the outset, she breached her contract, but nobody knew it until much later," said Brian McCormick, one of Daniel's lawyers.

Frank Frisoli, Lee's lawyer, said that too much time has gone by for Daniel to challenge the verdict now. Also, after the judgment, Daniel agreed with both Lee and Defonseca to settle with Daniel for far less than $32.4 million. Daniel said her father paid $425,000 to Defonseca, while Lee received $250,000 from a settlement Daniel received after suing her literary agent and has the right to sell her house in Gloucester.

Lee said that she warned Daniel several times during the writing of the book that some aspects of Defonseca's story were incredible, but that Daniel dismissed her concerns.