Anguish, questions as teen on ventilator dies in power outage 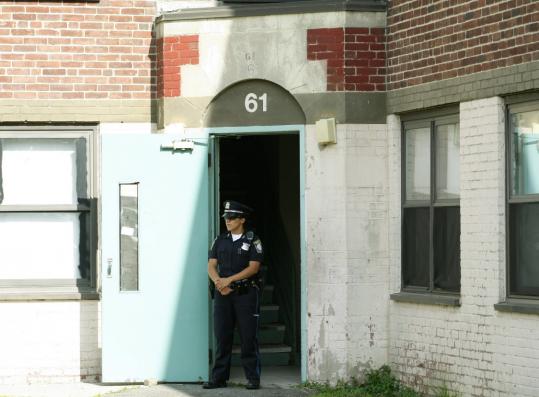 When the power went out early yesterday morning at the Orient Heights housing complex in East Boston, fans and air conditioners across the sprawling development fell silent.

Inside Unit 169, the steady wheeze of Fernando Vargas's ventilator, a device that kept the 15-year-old alive, stopped. His stepfather checked to be sure the battery-powered backup was working. It was. But not even an hour later, a home healthcare worker who checked on Vargas found the ventilator idle and Vargas lifeless in his bunk bed.

"The battery was supposed to last 10 hours," Vargas's stepfather, Ariel Acevedo, said yesterday afternoon, his voice quivering. "I don't know what happened . . . I lost my boy. I lost him." Police are investigating the death of the teen, whom friends and neighbors said the family viewed as a treasure. Vargas, who had several debilitating conditions, including cerebral palsy, mental retardation, and seizures, was unable to walk or use the bathroom on his own, and his family tried to expand his world by bringing him to cookouts and parties in the neighborhood.

Boston police officials investigating the death said yesterday that their preliminary investigation indicated that the backup battery failed. Detectives will test the ventilator and backup, looking for the source of the malfunction. The state medical examiner will conduct an autopsy to determine an exact cause of death.

"It appears to be a tragic accident," Boston police spokeswoman Elaine Driscoll said. "What they believe at this point is that the backup power supply failed. . . . Why that is, we don't know."

Driscoll said the ventilator was manufactured by Pulmonatics Systems in California. A search showed no trace of a company by that name, but a company called Pulmonetic Systems Inc., based in California and owned by VIASYS Healthcare Inc., was sold to Cardinal Health of Minnesota last fall.

In April, a coroner's jury in Illinois ruled that a faulty ventilator manufactured by Pulmonetic Systems was responsible for the death of a 2-year-old boy in Hopedale, Ill., in 2007, according to The Pantagraph, a Bloomington Ill. newspaper. The boy, who had muscular dystrophy, died from asphyxia.

And in 2004, one of the systems manufactured by the company was involved in a voluntary recall, according to a recall notice put out by the company in cooperation with the Food and Drug Administration recall notice. According to the recall notice, more than 10,000 systems built before Sept. 1, 2003, had the potential to malfunction when switching to an internal battery whenever an external power source was inadequate or failed.

The malfunction included the possibility of causing a ventilator to stop operating after getting disconnected from its main power supply.

The company was notified of at least 30 instances of the ventilation system failing, with one of them under investigation in relation to a death. The outcome of that investigation was not known yesterday.

The ventilator involved in the recall was known as the series. It was not clear yesterday whether that was the type of model Vargas used.

Donna Gaidamak, a spokeswoman for Pulmonetic, said yesterday that the company had not been notified and that she could not comment without knowing what model or type the ventilation system was. She could not say whether it was a Pulmonetic product.

"If it is ours, we would launch an internal investigation," she said. "We take these things very seriously."

Vargas lived with his mother, Hilia Torres, stepfather, and brother, Kenneth. Originally from Puerto Rico, the family has lived on Villar Road in Orient Heights for eight or nine years. Several people who knew the family said they moved there after their first apartment was struck by lightning two years ago. Sandy Ortiz, chairwoman of the Orient Heights tenants' association, said the family lost many of its possessions in the fire.

"This woman has gone through so much it's unbelievable," Ortiz said of Torres. "Caring for her son was a full-time job, and she was devoted."

Torres spoke briefly with reporters gathered outside her apartment yesterday, saying she believed her son did not suffer when he lost his oxygen supply.

"His death came suddenly," she said, shaking her head and looking down as she began to cry.

"He was an angel," said neighbor and friend Evelyn Cardona, who was standing nearby.

His stepfather recalled seeing Vargas the night before he died.

Acevedo spoke on a video filmed yesterday inside the apartment by Channel 5, which was shared with other news outlets. The family had requested the pool situation because it was grief-stricken and overwhelmed by the media attention.

The walls of Vargas's bedroom were covered with cartoon posters of superheroes, and the shelves loaded with medical equipment. A picture of Jesus was taped to the dresser in his room. In a collage of photos mounted on construction paper, one depicted Vargas under the words "You're a Star" and showed him sitting in a wheelchair, smiling, breathing tubes stemming from his throat. In another photo, Vargas is with his classmates at the William Carter School in Boston, a school for severely disabled children. Contacted yesterday, school director Marianne Kopaczynski called Vargas a "wonderful boy."

Boston Housing Authority officials said that electrical systems at the development were upgraded in 1998 and 1999 and that there have been no electrical problems at the complex since then. Officials at the state Department of Public Utilities said they will also investigate the cause of the outage.

That brings little consolation to Torres and her family. Yesterday, she mourned her son privately and said she hoped the death would encourage others to cherish family with disabilities.