Alice Swanson, 22, run down while cycling 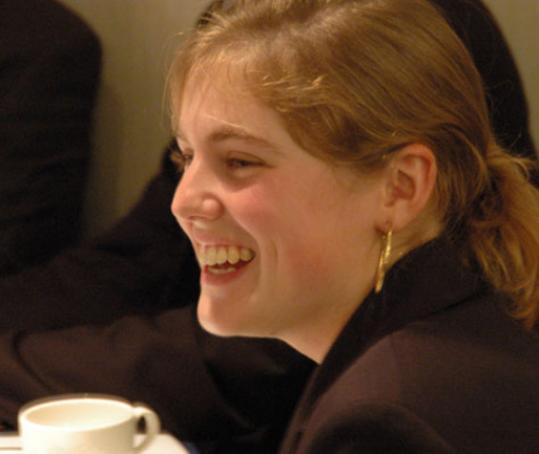 A Northborough woman and Amherst College graduate beginning her career in Washington, D.C., was killed in the nation's capital yesterday morning when she was run over by a garbage truck while riding her bicycle to work.

Alice Swanson, 22, was pronounced dead at a Washington hospital after she was struck at the intersection of 20th and R streets, said Officer John Aldiva, a Metropolitan Police Department spokesman.

She was riding westbound on R Street NW when the truck, traveling in the same direction, took a right turn and apparently did not see the cyclist, Aldiva said.

The truck is owned by KMG Hauling Inc. of Sterling, Va. Owner Hugo Garcia told the yesterday that his company was investigating the accident.

Police identified the driver as Marco Rosendo Flores Fuentes, 46, of Falls Church, Va. No charges have been filed.

The accident is under investigation by the Metropolitan Police Major Crash Investigation Unit.

A 2007 Amherst graduate, Swanson was fluent in Spanish and Arabic.

She recently completed an internship program at The Middle East Institute, a think tank based in Washington. The institute called Swanson "a true spirit of friendship" in a memorial statement on its website.

Her co-workers and résumé paint a picture of a bright, young woman who loved international affairs and travel.

She founded a chapter of the Progressive Student Alliance at Amherst in 2003. In 2005 she taught English to African refugees in Cairo.

Swanson served as an intern for Representative James P. McGovern in 2006, and won a competitive internship with the Council of Elders of Monimbó in Nicaragua last summer before arriving in Washington later that year.

"Alice's intelligence and passion for learning was rivaled only by her great warmth and friendliness," said Adam Mendelson, Swanson's former boss at the Middle East Institute and managing editor of the organization's Middle East Journal. "I can't ever recall her without a smile on her face."

Swanson was working for the International Research and Exchanges Board, a nonprofit that promotes worldwide education, at the time of her death.

"She is so energetic and enthusiastic. She always wants to explore or travel," her father, Brian, said by phone in Northborough. "She's got a room full of maps here, world maps and things like that. She wanted to travel.

"I just feel that she had so many things that she wanted to do - to help people. Now it's not going to happen."

John Guilfoil can be reached at jguilfoil@globe.com