THIS STORY HAS BEEN FORMATTED FOR EASY PRINTING
EASTON

For gay official, vows that validate 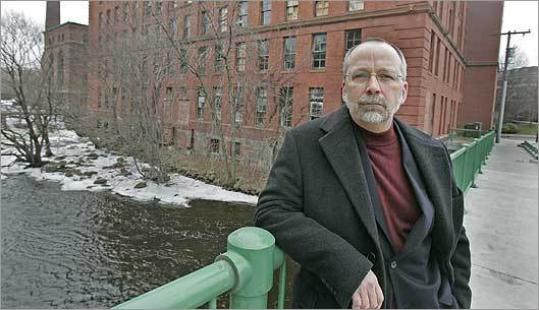 They met by chance in Amsterdam one night 11 years ago.

Their journey has taken them through challenging times, when slurs and threats were hurled at two men holding hands and, later, through the successful fight for same-sex marriage. And, now, finally, matrimony.

Tomorrow, Easton Town Administrator David Colton will marry his longtime partner, Brian Khoo, an interior designer from Malaysia. It will be a black-tie event. The five Easton selectmen will attend. So will state Senator Brian A. Joyce, a legislative supporter of gay marriage who will deliver a speech on the subject.

In a perfect world, Colton said, there would be no need for such a speech at his wedding. And becoming the first gay town administrator in the state to get married would not deserve particular note.

But, for now, Colton said, he sees his marriage as a validation of a fight for equality - of his work to become a successful town administrator, regardless of his sexual orientation.

So, tomorrow's wedding takes on special importance - and attention. "It gets to the point of why gay marriage is so important to people, to me," said Colton, 50. "It's almost like a validation of all the effort, of maintaining a relationship."

The event also will be a spirited celebration, with a jazz quartet and cocktails and hors d'oeuvres and a cake. Colton's two daughters from his previous marriage will be there. So will friends from Milton, where Colton worked as a town administrator for four years before taking the same job in Easton in 2006. Friends from Khoo's interior decorating firm also will be among the 100 guests expected.

Things improved, but slowly. Colton said that, for him, the shift is marked by a phone call he received a few years ago from a Milton selectman, who called to express support for an opinion piece Colton penned on same-sex marriage for a local newspaper. "He was so warm, so sincere about it, that it wasn't about work," Colton said. "It was a friendly gesture, not a political gesture."

Khoo saw things change, too, and he said it's not simply "the fact that gays are able to get married in Massachusetts." "It's got to be something else. It's got to be the mentality of people changing, beyond acceptance, beyond tolerance."

Khoo, who is 37, moved to Massachusetts just months after he and Colton met in Amsterdam. "It was an immediate, love-at-first-sight kind of thing," Colton said.

Khoo went to Newbury College, and earned a degree in interior design while he worked at a library. Now an associate at the firm CBT Architects, he has lived the life of a partner of a municipal executive, and has seen the work that goes into the job. If a town administrator has any life at all, Khoo knows, it's a public life.

"I really enjoy being part of his work," said Khoo, who has attended events in Easton with Colton and has met most of the selectmen.

The couple will continue to live in the two-story condo they share in Boston, where Khoo claims decorating rights. They share cooking and are negotiating whether to add a dog to their household.

Colton said the wedding is what romantics might call the end of a chapter.

"It is something to celebrate."