Rush-hour manhunt for terrorists on T revealed as mistake

Cambridge resident has been cleared of suspicion 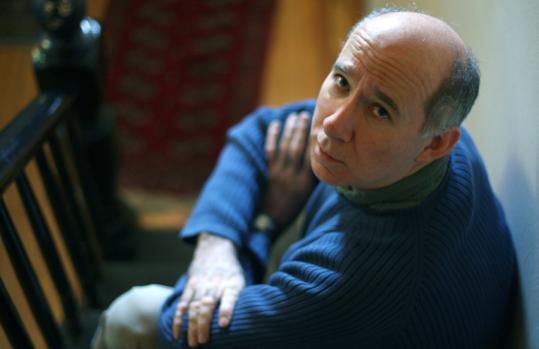 Peter Watchorn is a professional harpsichordist, an Australian-born US citizen, and a 21-year resident of Cambridge. He was very surprised last week when he was mistaken for a terrorist.

A tip from a passenger and a manhunt that followed disrupted the T's Red Line for about 13 minutes during rush hour Thursday morning, as police surrounded a train with bomb-sniffing dogs. It also forced Watchorn to miss a business trip to Buffalo while he was being questioned by State Police.

"The most disturbing thing about it was the apparent randomness of it," Watchorn, 50, said. He said he wonders how easy it would be to subject others to what he considers hoaxes and to disrupt the transit system, based on an unsubstantiated tip.

MBTA transit police and state troopers cleared Watchorn of suspicion, but acting MBTA Police Chief Paul MacMillan said that "we're very pleased with the outcome in this case" because the T encourages riders to report suspicious activity and prides itself on erring on the side of caution, given the number of terrorism incidents on European mass transit systems.

On Thursday, Watchorn and a friend visiting from Australia, who asked not to be identified, left about 7:15 a.m. from the Central Square T stop. A woman on the T thought she overheard them discussing drugs, weapons, and a trip to Logan and reported it to an MBTA employee, according to Watchorn and MacMillan. She also reported that they were wearing military fatigues.

Watchorn said he was wearing an olive-green ski jacket and was joking with his friend about the different accents used by Bostonians and Australians. Neither of them said anything remotely related to drugs or weapons, he said.

"I'm very aware of the whole thing, of yelling fire in a crowded cinema," Watchorn said. "I'd never do it."

By the time their subway car reached Park Street, the station was closed to traffic, and the train was stopped. T officials said thousands of passengers are on the Red Line at that time of day.

Watchorn said he saw about 20 uniformed transit police with dogs.

"We just thought, 'Wow, there's obviously something going on,' " he said. "But we had no way of knowing it was connected to ourselves."

They were not stopped and continued on to South Station and then transferred to the Silver Line. MacMillan said transit police could not find the men because they were not wearing fatigues. Still, the call went out to State Police that two potentially dangerous men were headed for Logan International Airport.

On the Silver Line, during a stop at Terminal B, state troopers boarded the bus. They pulled Watchorn and his friend off, then separated and searched them.

The longer it took, the more perplexed and frightened Watchorn became. "How easy is it to finger two poor bystanders?" he said.

After about 30 minutes, police let Watchorn go. He missed his plane and canceled the trip.

Later that day, Watchorn's pastor, the Rev. Arthur Wright, received an odd call. Watchorn said he had told State Police he plays harpsichord at St. Mary of the Hills Church in Milton, in addition to other engagements.

"There was no introduction of who it was or why they were calling me," said Wright. "They were simply asking for Peter Watchorn."

MacMillan said transit police received 439 tips related to suspicious people last year, a combination of potential terrorist threats and standard crime. Of those, 31 merited a followup investigation, he said. He could not say how many arrests were made based on such tips. He also could not say how often they stopped trains from running.

"The landscape has definitely changed for mass transit in this country," MacMillan said.

He said police decide whether to pursue such tips based on the quality of the description and the type of allegation.

MacMillan would not identify the woman who reported Watchorn, though he agreed to contact her on the Globe's behalf. She did not call the newspaper.