Hub officer is arrested in Georgia 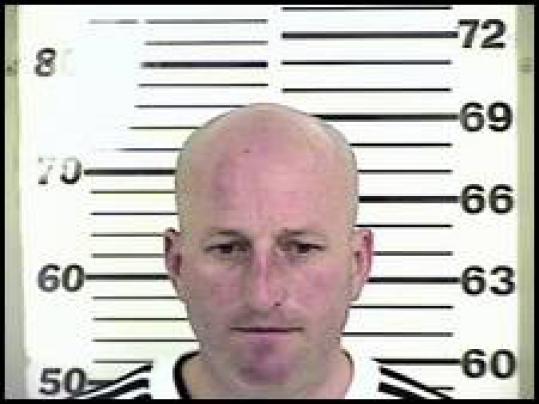 A veteran Boston police detective was arrested in Savannah, Ga., on charges that he dragged two women from their home and held them against their will during a weekend St. Patrick's Day celebration.

Sergeant Detective Thomas Joyce, a member of the drug unit and an 11-year department veteran assigned to District E-5 in West Roxbury, was arrested Friday night and was put on paid administrative leave, Boston police said.

"The department, upon learning of the situation, moved to immediately place Sergeant Detective Joyce on paid administrative leave, pending the outcome of an internal affairs investigation," said Elaine Driscoll, the department's spokeswoman. "The commissioner is extremely disappointed to hear of these troubling charges."

Savannah police said Joyce, 46, of Roxbury, made comments to two women he followed back to their home from the St. Patrick's Day festival in downtown Savannah.

The women ignored Joyce because they did not know him, said Savannah Police Sergeant Mike Wilson. The women tried to force their door shut, but Joyce reached in, grabbed the women, and dragged them to the sidewalk, Wilson said.

The home was a short distance from where a parade had been held earlier in the day.

The women's roommate came out of the house and started kicking and punching Joyce in an attempt to get him to stop, Wilson said. Joyce identified himself as an officer, but when the women asked to see his identification Joyce said, "Are you [expletive] kidding?" and left after letting the women go, said Wilson.

Wilson said alcohol was apparently involved. "Alcohol was emanating from his person," said Wilson. "It's fair to say he had been drinking."

Officers patrolling the area near where the festival took place found Joyce walking on a nearby street and arrested him. Wilson said Joyce did not cooperate with the officers.

"His behavior only escalated from there," Wilson said. "He only became more agitated. He was combative with the officers. We were very disappointed to encounter another officer from another jurisdiction acting inappropriately in our area."

Joyce was arraigned yesterday and charged with false imprisonment, simple battery, obstruction, and criminal trespass. He was released on $15,000 bond, police said.

Wilson said he was not sure why Joyce followed the women but said that nothing was taken from the women.

"These people had never seen Mr. Joyce a day in their lives," said Wilson. "This was really very strange and alarming to the young ladies who encountered him. I don't know what he was thinking or what compelled him, but, whatever it was, it wasn't a good idea."

During the first day of the weekend St. Patrick's Day festival, 37 other people were arrested, according to Savannah police.

Police officials said Joyce is a solid police officer well respected in the department. "He's a good guy," said one officer, who would not give her name because the department does not allow personnel to speak to media without authorization.

The episode is the latest in a recent string of charges brought against officers in the department.

In January, Officer Michael T. Jones was arrested after he allegedly used his department-issued handgun to rob a Roslindale gas station. Jones had worked for the department for 20 years and was assigned to District E-18 in Hyde Park. He was charged with armed robbery and assault.

Last month, Edgardo Rodriguez, a former motorcycle unit officer, was sentenced to a year and a day in federal prison for distributing steroids, committing perjury, and obstructing justice.

In July 2006, Roberto Pulido, Carlos Pizarro, and Nelson Carrasquillo were arrested in Miami after they allegedly protected truckloads of cocaine shipped to Boston in an FBI sting operation.

Pulido pleaded guilty in November to charges that he conspired to ship more than 5 kilograms of cocaine and 1 kilogram of heroin. He pleaded no contest to carrying a gun in a drug-trafficking crime. The other two officers had previously pleaded guilty.