THIS STORY HAS BEEN FORMATTED FOR EASY PRINTING
SOUTH END 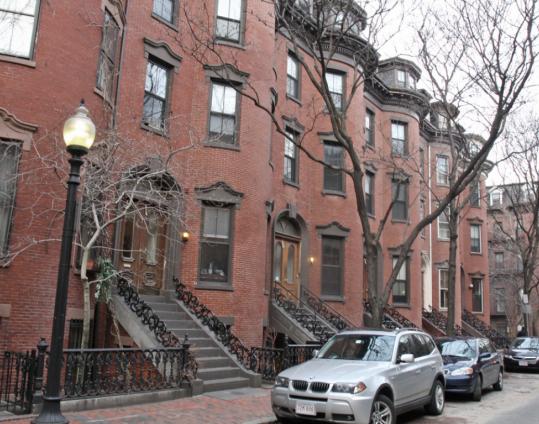 South End resident Jerry Frank says he's not ready to return to the bad old days, when his neighborhood of decorator town houses, trendy nightspots, and dog bakeries was known for its rough bars, rooming houses, and street crime.

That's the worry of many Upton Street residents, he says, about a plan by the Pine Street Inn to purchase three row houses from Hope House Inc. and turn them into 37 studio apartments for the previously homeless. Frank, the new president of the Union Park Neighborhood Association, insists that opposition to the project is not a matter of the haves versus the have-nots - or not-in-my-backyard-ism.

"Pine Street Inn is the most worthy charity in Boston. They save countless lives," said Frank, who has lived on Upton Street for 20 years, in large part because he likes the city's diversity.

"But it doesn't mean they're infallible."

Pine Street's proposed project has become such a local hot potato that neighborhood association voters ousted 12 of 15 sitting board members during the group's annual meeting last month. The new board, primarily Upton Street residents, is predominantly opposed to the proposal, Frank said.

Under the previous leadership, the neighborhood's board had voted to take no formal position on the matter, a move that sounded like surrender to many who oppose the Pine Street plan, Frank said.

Frank, who recently retired as owner of a lighting business, says major demographic shifts that have taken place since he moved to the South End make transient-style housing, or rooming houses - once commonplace in the area - no longer appropriate.

"It's just too big for this street," he said of the project, which would be located at 38, 40, and 42 Upton, across the street from his home.

Hope House, which has run temporary housing on Upton Street for more than 25 years, serving people in treatment for alcohol and substance abuse, plans to relocate to a larger facility in Roxbury later this year.

Pine Street officials say neighborhood fears are misplaced. Pine Street has been running similar homes since 1984 and currently has 450 housing units at 26 locations across the South End, the Fenway, Roxbury, Jamaica Plain, and Dorchester, as well as in Brookline.

"We feel like that gives us a lot of experience to draw on," said Alicia Ianiere, Pine Street's vice president for development and external affairs.

Most who live near these "inconspicuous" buildings don't even know they belong to Pine Street Inn, which "indicates how well the process is working," she said. The charity has 150 more housing units in the pipeline for other parts of the city.

Under Pine Street's proposal for Upton Street, fewer people would occupy the three buildings than the 60 or so residents now living at Hope House, said Ianiere. Tenants would be screened and selected to live there based on their ability to live independently.

"They look for people that are going to be successful" and who have "shown evidence of wanting to move on and move out of homelessness," she said. Many have jobs, are looking for work, or have other income such as disability payments, she said.

Case managers, as well as live-in house managers, would be on hand to supervise the facilities and to resolve any problems with neighbors, Ianiere added.

The project also helps provide much-needed affordable housing for those living at the lowest economic strata, she said.

A purchase agreement with Hope House has not been finalized, Ianiere said, and only preliminary architectural sketches have been done.

The neighborhood group and Pine Street officials planned to meet last Thursday. Frank said his group hopes to convince them to cut back on the number of apartments on Upton, spreading them out instead among Pine Street's other properties in the South End.

"We're asking them to please use some alternatives," he said. "This has to work for everybody, and this plan doesn't work for us."