THIS STORY HAS BEEN FORMATTED FOR EASY PRINTING
BROOKLINE 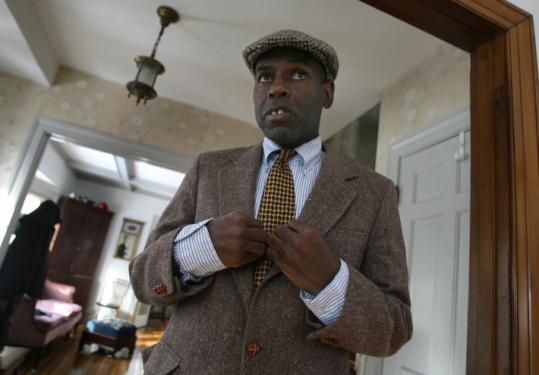 Charges of racial injustice related to a zoning board dispute last May are gaining momentum eight months after the original events.

The request was generated as the complainant, Arthur Conquest, who has represented Precinct 6 for 10 years, was allowed to address the Board of Selectmen Jan. 8.

Conquest, who is African-American, took the opportunity to rebut the findings of an internal police investigation, ask for investigation of matters beyond his original complaint of rude behavior by a Brookline police officer, and ask whether the town has two sets of rules - one for whites and one for minorities.

He further said that if the police investigation stands, "then my reputation has been permanently stained." In voting last month not to hear his complaint further, he said, selectmen protected rights of the police officer at the expense of Conquest's.

Nancy Daly, chairwoman of the board, cut off discussion on the topic after Conquest finished, but promised that public comments would again be allowed at last Tuesday's meeting. But on Monday, she sent Town Meeting members an e-mail saying the board would establish an independent committee that would be charged this Tuesday with the job of reviewing "police policies and the practices we follow when there is a citizen complaint."

At last week's meeting, Daly explained the "frustration" she and many others on the board felt that they could not, without violating civil service rules and the police officer's right to a fair hearing, hold a public discussion of many of the other issues surrounding the May incident.

"Clearly there are issues that people want to bring up, and that we would like to hear about," she said in a later interview.

The incident occurred at a Zoning Board of Appeals meeting. After the meeting, Conquest came to the defense of a neighbor who was involved in an argument with a board member. Soon, Conquest and that member got into an even louder dispute. Police who were called to the scene questioned several people, but detained only Conquest.

Ever since an internal police investigation cleared the arresting officer of rudeness and racial profiling, Conquest has been pushing the town to revisit the matter and the larger issues around it. At their Dec. 11 hearing, selectmen voted, 3 to 1, not to hear Conquest's complaint.

But the matter, rather than fading, seems to be gaining steam.

"There are Town Meeting members discussing a possible bylaw legalizing 'yelling while black,' " said Town Meeting member Andrew Fischer, who backs reopening the hearing. He said he would have spoken at last Tuesday's meeting had he known public comment would be taken on the matter.

While several people chose to wait until this week, two residents did speak to selectmen Tuesday. One, Jonathan Davis, a Town Meeting member from Precinct 10, suggested that the board establish a citizen review board for complaints about police behavior. "We know that bureaucratic organizations tend to protect themselves and avoid blame," he said.

In handling the matter as she has, Daly argued that if the board reopened the hearing, it would only have been on the specific matter of the police officer's behavior, not on the larger issues raised by Conquest, the other speakers, or Brookline PAX, a political group that early this month also called for a larger inquiry.

The discussion about the town's 20-year-old process for handling citizens' complaints is scheduled for 7 p.m. Tuesday in the selectmen's hearing room, Town Hall at the Lincoln School, 194 Boylston St. (Route 9).