Drug testing will be allowed 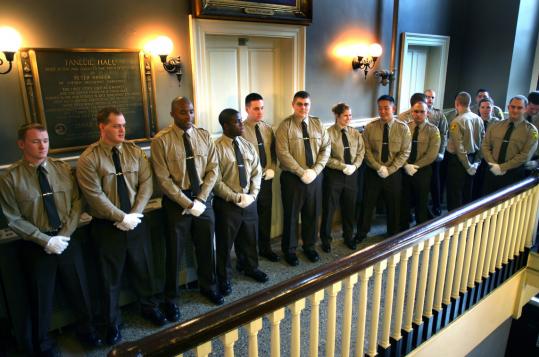 The 140-18 vote by the Boston Police Patrolmen's Association Emergency Medical Services Division also includes a five-year wage increase that hits 3 percent before declining to 1.5 percent, the ability to collect a full pension at an earlier age, and a 5 percent increase in employee contributions to healthcare.

The last contract expired in July 2006 and the new contract will go into effect retroactively.

Mayor Thomas M. Menino has been pushing for random drug and alcohol testing of firefighters after autopsy reports on two firefighters who died in an August blaze showed that one had a blood-alcohol content more than three times the legal limit to drive in Massachusetts. Another firefighter had traces of cocaine in his system.

Efforts to get that testing dissolved recently after a bitter dispute emerged between the firefighter union head and the fire commissioner.

In a statement yesterday, Menino called the contract, "a fair and balanced agreement between the city and the EMS union."