Staff faulted in use of shock 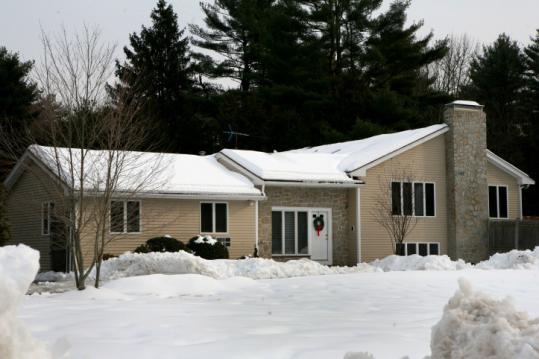 STOUGHTON - A state report identifies multiple failures by staff members of a group home that allowed two emotionally disturbed teenagers to be given dozens of electrical shocks at the direction of a caller posing as a supervisor.

The report says none of the six staff members in a Stoughton residence run by the Judge Rotenberg Educational Center on the night of Aug. 26 acted to stop the harrowing events for three hours, despite ample reasons to doubt the validity of the caller's instructions to wake the boys in the middle of the night and administer painful shock treatments, at times while their arms and legs were bound.

The caller said he was ordering the punishments because the teenagers had misbehaved earlier in the evening, but none of the home's staff had witnessed the behavior that the caller cited. As the two boys' screams could be heard throughout the house, near-mutiny erupted among the other boys, who insisted that the accused teenagers had violated no rules. One boy even suggested the call was a hoax, according to the report by the Massachusetts Department of Early Education and Care, which licenses group homes.

The staffers, inexperienced and overworked, were described as concerned and reluctant, yet nobody verified the orders with central office, nor did anybody check treatment plans for the two teenagers to be sure they were permitted to receive that degree of shock therapy.

The Rotenberg Center has long been controversial for punishing students with two-second shocks, delivered through electrodes attached to their skin, and it is now permitted only on residents with court-approved "aversive therapy" plans.

In addition, the report said staff at the Stoughton house did not know who the shift supervisor was that night; the senior staffer did nothing to intervene.

By the time a call was finally placed to the central office and staff members realized their mistake, one teenager had received 77 shocks, well in excess of what his treatment plan allowed, and the other received 29. One boy was taken to the hospital for treatment of two first-degree burns.

One reason the staff may not have been more suspicious of the call was that it was not unusual to receive orders over the phone to administer electric shocks or other discipline. To provide round-the-clock monitoring of its residents, as well as monitor the staff's compliance with procedures, the Rotenberg Center, based in Canton, uses an extensive set of surveillance cameras in its group homes. A central office employee watches a bank of television screens, and is authorized to initiate discipline by phone.

The six staff members have been suspended, as was the video surveillance worker on duty that night, according to the report.

As a result of the investigation, Rotenberg officials have expanded training for staff, instituted new telephone verification procedures, added oversight at group homes, and eliminated delayed punishment, the use of shocks long after an alleged offense.

The report identifies the caller as a former resident of the center with intimate knowledge of the staff, residents, and physical layout of the Stoughton group home. The caller's motivation and identity have not been disclosed. Police are looking into filing criminal charges.

The incident has put the Rotenberg Center, which draws its 250 students from across the country, on the defensive again about its unorthodox use of electric-shock treatments. The residents, both children and adults, are autistic, mentally retarded, or have serious emotional problems. Rotenberg officials, who have weathered two attempts by Massachusetts officials to close the center, have defended the school's shock-treatment plans as effective for some students and vow that the events of last August will not be repeated because of the newly implemented safeguards.

"This has never happened before," said Ernest Corrigan, a spokesman for the center. "It was a perfect storm of things that went wrong that night."

The state report, based on extensive interviews with center staff and residents, gives a detailed account of what happened on that sweltering August night.

Six staff members worked the overnight shift at the group home at 66 Kevin Clancy Way, a tan house located in a quiet cul-de-sac in Stoughton. Five of the six had already worked a double or triple shift, while the sixth worker showed up at 10 p.m. None had much experience caring for emotionally disturbed boys at the group home. Most had been on the job less than three months.

Still, as bedtime approached, the staff felt the night had gone well. No significant behavioral problems had erupted within the house, which has a capacity for 12 males.

The caller told the staff member to wake up three residents and administer shocks for their behavior earlier in the evening. The staff member "began to comply with every direction given," the report said, and other staff members also followed the directions.

Even though the staff did not witness any of the alleged offenses, they assumed that the caller had seen the infractions on the television surveillance screens in the Canton main office and that he had the authority to order the punishments.

The staff was "apprehensive" and confused about the caller and discussed what to do, but they went ahead with the punishments because they were told by the caller that they would be "evaluated" if they did not obey, the report said. The caller, who made a series of calls between 2 and 4:45 a.m., had detailed knowledge of the inside of the house and led the staff to believe that he was watching them on surveillance screens at the central office.

Two residents, ages 16 and 19, were initially given shocks while still asleep, and later while in restraints in the recreation room. The teenagers repeatedly asked what they had done wrong and were told they were being given shocks because of "behaviors they had exhibited during the 9:00 p.m. hour," the report said.

While the residents were being administered shocks, they requested that nurses be called, the report related. One of the two residents receiving the shocks yelled that the shocks to his leg were "killing him." The other complained that the shocks caused him such pain that "he felt as though he was about to have a stroke."

That student was given water to drink by the staff, but no medical personnel were called in immediately, which the state report says was inappropriate.

Meanwhile, other residents woke up as chaos erupted in the house. One yelled that the call might be "a prank" and that staff should try to verify the call with authorities, the report said.

Around 5 a.m., the staff appeared ready to mete out the shock-therapy punishment on the third resident, but for a reason that's unclear, someone called the central office. Only then did they realize they had been tricked.

Rotenberg officials say that, within hours of learning about the episode, they contacted law enforcement authorities. Group home officials are required by law to immediately report any cases of suspected abuse.

Later that day, several anonymous calls came into the telephone hotline of the Disabled Persons Protections Commission, also saying that wrongful shocks had been given to residents.

Ironically, the same video equipment used to monitor misdeeds of the residents was invaluable to investigators to determine the culpability of the Stoughton staff and of the center's leadership.