Dashing through the streets for Globe Santa 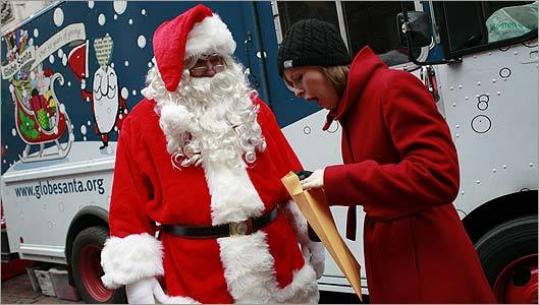 Weather permitting this coming Sunday morning, dozens of people, young and old alike, will be running, riding, or walking through the streets of West Roxbury to not only have a good time, but also to raise money for three big reasons: the Boston Globe Santa Fund, the YMCA Reach Out Campaign, and the Walter Burgess Scholarship Fund.

Sponsored by the Parkway Running Club of West Roxbury, the first annual Santa Scamper 5k road race was held in 1994.

In 2004, the race was renamed "Walter's Run" in honor of a "very special friend and member" of the PRC, Walter Burgess.

Burgess died in November 2003 at the age of 40, shortly after he had participated in the Greater Floridian Ironman Triathlon.

The running club, on its website, describes Burgess as "an active PRC member, club secretary, and newsletters editor."

"He was an amazing athlete, forever working out either at the Y, on his bike, or running on the roads," the club said. "More importantly, Walter was an incredible friend and inspiration. He was always there to run the slower members into the finish line, to organize the marathon long runs or group ski trip, to cheer others on, or to give us a big smile after a training run or a race no matter the length."

The Club organized the Santa Scamper to benefit Globe Santa because the program was one of Walter's favorite charities and one he donated to even as a child.

Jim Sweeney, a member and former president of the running club, speaking to the Boston Globe prior to the 2006 race, said that "when Walter was a kid he really liked Globe Santa because he didn't want to see kids not have toys on Christmas."

Sweeney pointed out that Walter and his brother would bring a jar to Gillette where their father worked and collect money for the Globe Fund.

As for this Sunday morning's events, they begin at the West Roxbury/Roslindale YMCA at 15 Bellevue Street with the Little Kid's 1k Race at 10:40 followed by the 5k run through the streets of the West Roxbury neighborhood at 11.

Runners, walkers, and people in wheelchairs are welcome to participate.

Entry fees for the events are: $15 preregistration, $20 for registration on race day. There is no fee to participate in the Little Kid's race.

After the race, refreshments will be available and prizes will be awarded.

Further information can be obtained either at the YMCA or on the club's website: waltersrun.org. 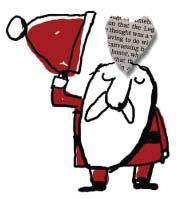