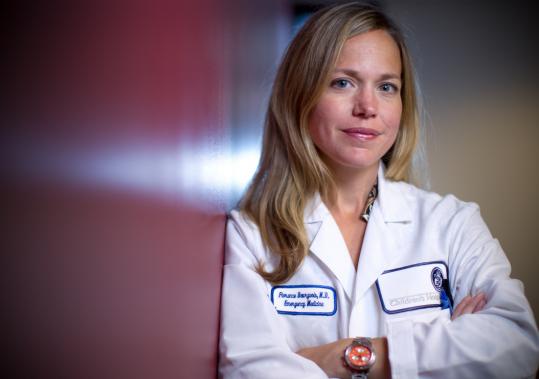 Q. You’re an attending physician in the Division of Emergency Medicine at Children’s Hospital Boston, and you recently published a paper showing that studies funded by drug companies were more likely to find that a medication worked well than studies paid for by the government or nonprofits. Does this mean that industry-funded studies are flawed?

A. There’s a number of factors that could explain this. Industry may be very selective in the trials they choose to fund. But the concern is that there could be some bias in the way the trial is designed or conducted, or in the way the results are reported that at least partially contributes to this association.

Q. Why should patients be concerned about this?

Q. What does it suggest about our drug approval process?

A. The FDA has a rigorous process in place for overseeing drug approval. These results potentially raise the question of whether this process is sufficient and whether additional oversight is needed.

Q. What could the government realistically do to fix this?

A. There have been suggestions that industry should pay a certain amount for every medication [to go toward independent research], and there should be a separate body that determines how the drug should be studied that would also oversee the trial process. But I don’t think we’re close to that at this point. . . . I think that there is certainly a movement to improve transparency around these trials and to make more information public.

Q. In your study of research conducted between 2000 and 2006, you found that results from a third of them were never made public. Why is that a problem?

A. Trials are conducted and you never even know they exist, potentially because the results weren’t what the investigator wanted. The FDA Amendment Act of 2007 requires that most drug trials provide some basic results that are posted [online] on clinicaltrials.gov. The question remains whether those basic results are sufficient and whether they adequately reflect the trial results.

Q. Your research covered five types of medications that treat depression, heartburn, high blood pressure, psychosis, and high cholesterol. Why did you choose those five and what did you find?

A. We chose these five classes of drugs because these are all conditions that many Americans are familiar with. For all five classes, industry was the number one funder, [funding] up to over 80 percent [of trials] — showing that industry has a big influence on the evidence out there, on how well a drug works and how to use it. The lack of balance with trials funded by other organizations is striking.

This interview has been edited and condensed.

Karen Weintraub can be reached at karen@karenweintraub.com.