The downside of meds 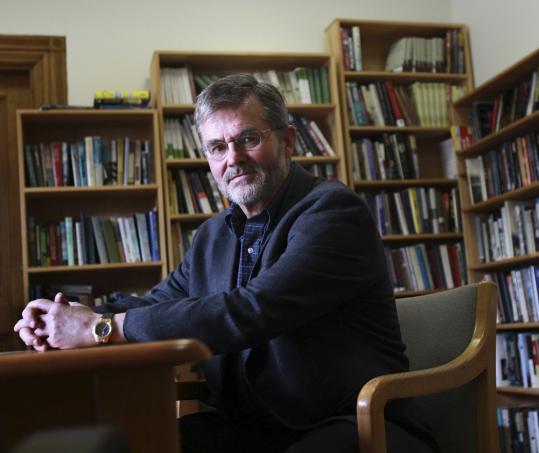 Robert Whitaker, in his new book, “Anatomy of an Epidemic,’’ argues that the long-term effects of psychiatric medications are causing a surge in disability. (Suzanne Kreiter/Globe Staff)
May 10, 2010

Robert Whitaker wants to start a national conversation about psychiatric medications. In his new book “Anatomy of an Epidemic,’’ Whitaker, a Cambridge-based science writer, argues that drugs for depression, bipolar disorder, and schizophrenia are actually causing a surge in disability. He traces the history of medications for these disorders, how they got to the market and how they’ve grown in popularity.

Q. You start the book by talking about the number of people receiving government disability for mental illness, which you say has climbed in the last 20 years from 1.25 million to 4 million. Why do you think this increase has occurred?

A. There’s a paradox here. Do we have medications that help people in acute periods? It’s clear that we do. But then, when you look at the disability data, that tells you that something may be wrong.

Q. You tell a pretty consistent story across drugs for schizophrenia, bipolar, and depression, that they all seem to make matters worse.

A. I was quite surprised by the consistency of the long-term evidence. You’ll see the class of drugs introduced amid great fanfare, but right away, you’ll see perceptions like ‘Wow, my patients seem to be relapsing now more than they used to, and some of their relapses seem more severe.’ The researchers will at some point say, ‘Uh-oh, I think we’re actually increasing the [relapse rate] of the disorder.’ They’ll start to look at biology, and come up with a biological explanation. As you go forward from there, you’ll see observational studies.

Q. You appear to have an even more pessimistic view of how children fare on psychiatric medicines, particularly those who are put on multiple medications at once.

A. We have a lot of evidence that this can be setting kids up for a life as a mental patient.

Q. What do you think about the impact of drugs like Prozac, called SSRI’s, on people who are only mildly depressed?

A. I do believe there is this class of good responders to SSRI’s who have no problems. Somehow the SSRI’s take the edge off anxiety and they feel quite well — people who have been functioning well but have some anxiety and stress and take a low dose of a single medication. That’s the group that sometimes does very well.

Q. What do you think should be done about the drugs you believe are actually perpetuating mental illness?

A. We need to make this information known so we can have an honest discussion. It’s clear that drugs have a place in psychiatry’s toolbox. [In Northern Finland] there is a different paradigm of care that does involve use of medications, that is getting better results — it’s getting people back to work. So why can’t we learn from that solution?

Interview has been edited and condensed.