A race with sleep 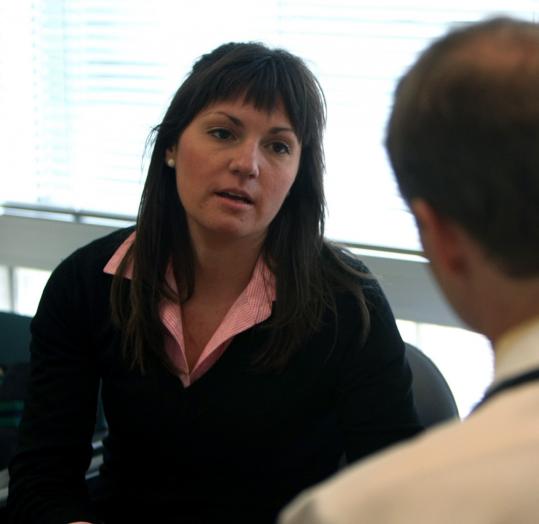 Julie Flygare has narcolepsy, a disorder that causes sudden sleep attacks. She also has its companion, cataplexy, a condition in which emotions like laughter can lead to a loss of muscle control, buckling her knees. A varsity squash player while a student at Brown University, Flygare was diagnosed two years ago while attending Boston College Law School. Now 26 and living in Washington, D.C., she’s both blogging (REM Runner) and writing a book about narcolepsy. Three weeks from today, she plans to run the Boston Marathon on behalf of the advocacy group Wake Up Narcolepsy.

Q. You take four medications around the clock and nap twice a day. What’s that like?

Q. Why did you even contemplate a major effort like the marathon?

A. I had just so much frustration originally, and shock trying to get used to all this, [but] it made me really appreciate what I had as well. There were times I had to say I can’t go for a run because I might fall to the ground. And then when you have other days when you can go for a run, they seem very special. I just knew it meant so much to me. I had lots of friends in law school who had run for other [causes]. Why isn’t there anything like this for narcolepsy?

Q. So was it hard to start actually training?

A. I did feel like I was getting stronger. My body felt more muscular. Not that [training] wasn’t always making me tired. It did, but it also made me happier. After running 18 miles, it took me two days to recover. I just blamed it on narcolepsy, but everyone felt that way.

Q. Is it dangerous for you to run?

A. I usually know not to run on some days, but I do also wear a special bracelet I had made that says my condition and number to call, and explains to an emergency person [that] if I lose muscle tone, I am unable to respond but it is not unsafe. Nothing bad happens to me.

Q. What do people say to you about training for the marathon?

A. Everyone will be like, Congratulations, you ran 14 or 16 miles. And it’s so funny. This is nothing like dealing with narcolepsy, when no one had anything to say. This is the easy part.