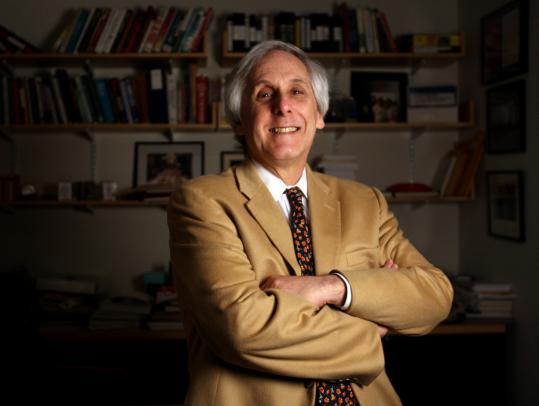 Jay Winsten, a professor in the School of Public Health at Harvard, teamed with Hollywood writers and producers to popularize the concept of the designated driver. (Bill Greene/Globe Staff)
December 14, 2009

The designated driver campaign is marking a milestone birthday: It’s turning 21. Born of tragedy, the effort transformed attitudes toward drinking and driving. And it did so using a novel tactic: Harvard School of Public Health professor Jay Winsten teamed with Hollywood writers and producers to embed the message in prime-time television shows. Winsten reflected on the crusade. STEPHEN SMITH

Q. What was your inspiration?

A. In 1985, we had just established the Center for Health Communication. We were at a stage where we had not selected priority issues when a tragic event occurred in Boston, and that was the death of Dennis Kauff. He was an extremely popular reporter at WBZ-TV. He was the victim of a drunk-driving crash. There were some 500 people at the funeral. John Henning, the anchor-reporter from WBZ, gave a eulogy saying, “There’s so much anger in this room, it could blow the ceiling off the place.’’ I read this in the Boston Globe and said to myself, “This is a target of opportunity.’’

Q. Where did the concept come from?

A. The designated driver concept was invented in the Nordic countries. It promotes a new social norm that the driver doesn’t drink.

Q. How did it wind up in Hollywood?

A. We developed a communication strategy at the national level that had three components: The first was news, the second was advertising. The third, which was a departure from traditional public service campaigns, was to mobilize the Hollywood creative community. The person who deserves credit for pointing us in that direction is the late Frank Stanton, former president. I remember one meeting, he said, “Jay, you’re doing great work with news and advertising, but you’re missing the boat.’’

What he wanted me to focus on was entertainment programming. My graduate training is in molecular biology, so I did not immediately take to the idea of going to Hollywood. When I told him I was ready, he made a key intervention, calling Grant Tinker, who had just left the chairmanship of NBC to return to Los Angeles as a producer. I spent 25 work weeks in LA meeting with more than 250 writers and producers. What I asked them to consider doing - and only if it worked for the show because if it didn’t, it would stick out like a sore thumb - was to incorporate a line or two of dialogue to reflect the evolution of a new social norm about drinking.

Q. Where did it appear?

A. We launched in late November 1988 at the end of the writers’ strike. Over the next four television seasons, more than 160 prime-time episodes addressed drinking and driving with frequent use of the term designated driver. “Cheers’’ did it nine times. They had our poster as a permanent part of their set with the slogan, “The designated driver is the life of the party.’’

Q. How did behavior change?

A. Pollsters found a very sharp rise in the reported use of designated drivers such that four years into the campaign, a majority of Americans said they had either served as a designated driver or been driven home by one. During that period, alcohol-related traffic fatalities dropped by 25 percent. When we started, the US had about 25,000 alcohol-related fatalities annually. It’s currently at about 13,000. Based on the polling results, we conclude that the designated driver campaign was one factor, among a mix of factors, explaining the downward trend.