THIS STORY HAS BEEN FORMATTED FOR EASY PRINTING
HEALTH SENSE

Lessons from a WWII ghetto resonate with doctors today 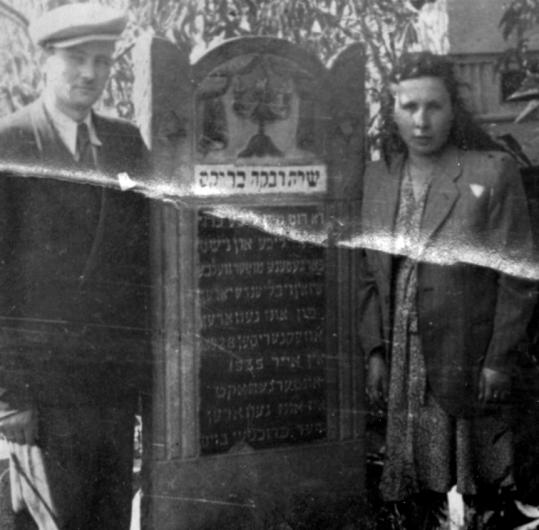 In the Lodz ghetto in Poland, home to as many as 204,000 Jews during World War II, there were 170 doctors, as well as a few nurses and midwives, according to diaries and memoirs. Like all the others, the Jewish healers lived with the daily terror of being shipped off to a death camp.

Still, they tended to their fellow inmates. There was almost no food, no medication, and certainly no X-ray machines, laboratories, or any of the other accoutrements that we think of as essential to medicine today.

And yet, when there was nothing to give the sick, the Lodz doctors did find something.

“These doctors gave people hope,’’ said Dr. Harold Bursztajn, a Beth Israel Deaconess Medical Center psychiatrist whose parents lived in the ghetto and who spoke about the Lodz experience at a recent meeting for colleagues.

The lesson for today’s doctors, who are often demoralized and squeezed ever more tightly by time and budget constraints, is that even “under the most extreme circumstances, in the face of isolation, helplessness, and hopelessness . . . even when there are no medicines, you can use yourself,’’ he said. “The doctor becomes the medicine.’’

Ghetto doctors armed with little more than kindness and hope twice saved the life of Bursztajn’s father, Abraham. The first time, said Bursztajn, was when his father fainted after being tortured. A ghetto doctor revived him.

“I will die here,’’ his despairing father said to the doctor, an older man. “One of us will, but it will be me,’’ the physician answered. “I do not have any way to treat you, but you are young. If you don’t give up hope, you will survive.’’

Thanks to that doctor, his father did maintain hope, Bursztajn said, and that hope fueled his courage to resist. One night, Abraham sneaked out of the ghetto to steal cement with which to build bunkers for hiding. The plan was to put the bunkers under the ghetto’s stinking septic system to throw off the bloodhounds the Germans used to hunt Jews. While sneaking back carrying a 100-pound bag of cement, he was shot in the leg by a German patrol. Leaving a bloody trail, he somehow got back. But his father knew the Nazis would see the blood and look for him if he failed to show up at the next morning’s roll call.

Another ghetto doctor came to him. He had no instruments, but sterilized a coat hanger as best he could and dug out the bullet from Abraham’s leg. With his leg bandaged tightly to stop the bleeding, Bursztajn said, Abraham made it to roll call and helped build the bunker, which eventually hid - and saved - 15 Jews.

“Acts of heroism like this were repeated over and over in the Lodz ghetto,’’ said Geoffrey Brahmer, a Holocaust educator who spoke about the Lodz ghetto at the recent meeting. “Some people were so courageous in the most horrible conditions and yet they still kept their humanity. By golly, if they can do it, we can do it in the midst of our little stressful lives.’’

Dr. Salomea Kape, a retired anesthesiologist now living in Larchmont, N.Y., was a teenager in the Lodz ghetto. She remembers how her mother, Rachel Herschenberg, a midwife, also saved lives with little but her hands, her knowledge, and her presence.

One night, recalled Kape, who attended the recent meeting, a desperate young man left his bunker and made his way to where Herschenberg lived, saying his wife was bleeding to death after childbirth. He had already asked a doctor to help, but the doctor refused, saying it was too dangerous to go out with Nazi guards all around.

“I begged her not to go,’’ said Kape. But Rachel Herschenberg went. The baby had just been born. With no way to clean her hands, she simply reached inside the dying woman and removed the placenta, stopping the bleeding. She even went back the next night to check on her patient, who survived.

“This dimension of medicine, which is to give to people from your heart and from your soul is, to my mind, what makes medicine a noble profession,’’ said Dr. Jerome Groopman, author of “The Anatomy of Hope,’’ and chief of experimental medicine at Beth Israel Deaconess.

“A patient taught me something in an analogous situation,’’ Groopman continued. “It was a woman with very advanced breast cancer who was dying. I had given her all the therapy I knew, including experimental drugs. I said to her that I had nothing left to give her.

“She said, ‘No, you are wrong. You have a medicine - our friendship.’ That meant that, when everything is stripped away, being present and caring has an enormous meaning for people.’’

Dr. Abraham Morgentaler, a Beth Israel Deaconess urologist whose parents, childhood sweethearts, survived the Lodz ghetto together, agreed. “Even under the most difficult circumstances, individuals made heroic, noble decisions to ‘do the right thing.’ The lesson for young doctors is that we have a choice about how we walk through this world.’’

Granted, that’s not easy in an era of managed care and cost-cutting, but it is possible. In fact, it’s part of what Dartmouth Medical School geriatrician Dr. Dennis M. McCullough calls “slow medicine.’’

Especially toward the end of life, said McCullough, author of “My Mother, Your Mother,’’ a book about caring for aging relatives, slow medicine - taking the time to pay attention to a person’s emotional and spiritual as well as medical needs - is essential. “You have to make a covenant with patients to, in all circumstances, be a part of their support, and not to abandon them,’’ he said.

Sometimes, this kind of empathy all by itself can promote healing. In a study published in the July issue of Family Medicine, Dr. David Rakel, director of integrative medicine at the University of Wisconsin School of Medicine and Public Health, looked at 350 patients who were randomly assigned to one of three groups: no interaction with a doctor (the patients saw only study staff), a standard visit with a physician, and a visit in which the doctor asked more questions and tried to show more empathy. The patients then rated their doctors on empathy.

Rakel found that the 84 patients in the latter group rated their doctors best and got rid of their colds a day sooner than the others, and they had stronger immune responses on a standard test. Said Rakel: “Kindness matters.’’

It does, even for surgeons - often maligned for being less sensitive than their colleagues.

Dr. Jonathan Critchlow, associate chief of surgery at Beth Israel Deaconess, put it this way: “We want to be able to fix somebody. If we don’t, we feel powerless.’’

Even in the most high-tech hospitals, he said, “there are situations where we can’t do anything - no operation, no chemotherapy. But it is at these times when patients need us the most.’’ Like the Lodz doctors, he said, at those times, “what we can do is offer ourselves.’’

Judy Foreman can be reached at judyforeman@myhealthsense.com.