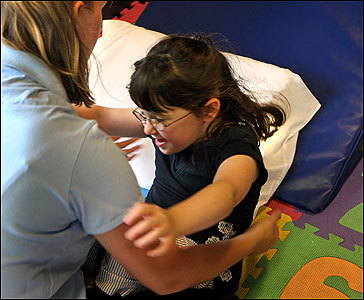 Massachusetts legislators this year have filed a flurry of bills - more than 70 in all - that, if passed, would substantially expand the medical services insurers are required to cover for patients but also potentially raise healthcare costs.

The cascade of proposals to mandate coverage is up 50 percent from last year, and comes amid unprecedented scrutiny of healthcare spending.

One proposal before the Legislature would require health insurers to cover the full cost of hearing aids for children. Another would require them to pay for treatments to fix cleft palates. Still another would mandate payment for wigs after hair loss from cancer and other illnesses.

Precisely what is driving the recent spike in proposed mandates is unclear. But some legislators and insurers believe that patient advocates are racing to get their health concerns covered by law before the state’s system for paying doctors and hospitals is overhauled. A commission recommended earlier this month that the state dramatically change how providers are paid, and legislators plan to hold hearings on the issue in September.

New mandates could raise the cost of state-subsidized insurance and increase premiums for private employers and their workers, although it’s not yet clear by how much. Given the state’s budget woes, it’s uncertain how many of the bills will make it into law.

But the proposals to require coverage of everything from aquatherapy to vitamins for certain patients raise broader questions about where legislators should draw the line - and whether they should be the ones making delicate decisions that require balancing cost with patient needs.

Some ethicists and economists suggest that such complex and high-stakes choices should instead be made by panels of healthcare specialists who are appointed by lawmakers, as is done in many other developed countries.

“In our country, we have tens of thousands of potential medical interventions. We can’t pay to have everyone get everything,’’ said George Annas, a professor of health law, bioethics, and human rights at Boston University. “We need to have an objective panel, rather than a subjective panel, such as a legislature, making these decisions.’’

But for families hoping for legislative relief, the issue is far less philosophical. Consider the Robies of Natick, whose 5-year-old daughter, Jordan, was born with a developmental delay that has hampered her progress in learning to walk, talk, and perform dozens of other routine activities.

One of the dozens of proposed health-related laws pending in the Legislature would make Massachusetts the third state in the nation to require insurers to cover therapies for children like Jordan, who are born with a mental or physical disability, in the same way they provide rehabilitative services to youngsters who are impaired by an illness or injury. Insurers typically pay for fewer therapy sessions for developmentally delayed children.

Unable to walk until she was 28 months old - twice the age that most babies start toddling - Jordan now runs and jumps, thanks, her parents said, to a cornucopia of regular therapy sessions that build her strength, coordination, and other skills. The Robies estimate they’ve spent about $8,000 in the past two years on treatments because their insurance company has rejected most of the claims.

“I don’t think about that big picture here. I think about my family and my daughter who needs these services,’’ said Jody Robie. “Like any parent, you want your child to have the world at her fingertips.’’

Senator Karen Spilka, a Framingham Democrat, sponsored the developmental disabilities proposal, partly because she knows about families’ struggles firsthand: Her younger sister has Down syndrome. Spilka said some mandates can end up saving the state money.

“If we can deliver services to children born with developmental delays and increase their functioning, we are making them more self-sufficient,’’ she said. “I am not saying they won’t need any services later, but this will decrease the need for them getting government services later in life.’’

Still, Annas and others pointed out, there is only so much money to go around now.

A report by state regulators concluded that 12 cents of every dollar paid for health insurance in Massachusetts as of 2006 went toward 26 mandated benefits, from maternity and mental health care to infertility and diabetes services. But some of the mandates are required by federal law, and if those were excluded, the costs of state-mandated coverage would be closer to 6 cents of every dollar, the Division of Health Care Finance and Policy study found.

The average family health insurance premium in Massachusetts in 2006 was $12,290, compared with $11,381 nationally, according to the Kaiser Family Foundation, a California-based policy organization.

Since 2006, six more state-mandated benefits have been added to the list - including an expansion of mental health benefits, coverage for hypodermic syringes, and for prosthetic devices - for a total of 32.

State economists have not yet calculated how much each of the pending mandate proposals might add to the growing health insurance tab. Some are thought to be relatively modest. For instance, the proposal to boost benefits for children with developmental disabilities is expected to add about one tenth of 1 percent to the cost of a typical health insurance premium, based on experiences in Maryland and Illinois, which have passed similar laws.

Senator Richard Moore, a Democrat from Uxbridge who chairs the state Senate’s Health Care Financing committee and also serves on the state committee crafting payment reform, agrees with Buyse. But he said the proposed mandates should help the committee hone its recommendation to scrap the current payment system, in which insurers typically pay providers a negotiated fee for each individual procedure or visit. That arrangement is widely seen as leading to unneeded tests and procedures. Instead, the group wants insurers to put providers on a budget, paying them a set fee for each patient that covers all that person’s care for an entire year.

“These [proposed mandates] prove that the Commonwealth is dedicated to continuing health reform efforts,’’ he said in an e-mail.

Moore said the Legislature will hold hearings on each bill, but he made no predictions about the likelihood of passage. The bills are being reviewed by various legislative committees.

In other countries, said Uwe Reinhardt, a political economy professor at Princeton University, expert panels use complex formulas to calculate how much proposed mandates might improve the quality and the length of a person’s life. Experts then compare that with the cost to taxpayers and consumers in the form of higher insurance premiums. They also consider how much financial hardship the typical household would suffer if insurance did not cover a specific service or condition.

This approach, he said, is contrary to the process in the United States, where legislators are lobbied by, and potentially influenced by, special-interest groups.