The long reach of youthful angst

Research suggests whether in college or not, almost half of young adults in US meet criteria for at least one psychiatric disorder 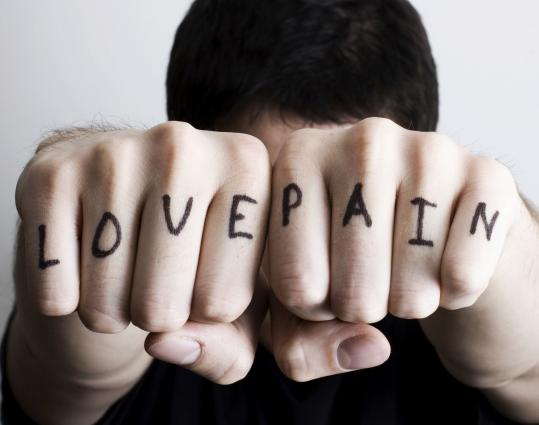 A troubled, gun-wielding 23-year-old student at Virginia Polytechnic Institute goes on a campus rampage, killing 32 people and eventually himself. An MIT student commits suicide by ingesting cyanide, and another dies in a fire after an overdose.

Such highly publicized occurrences underscore the sense of personal angst on today's college campuses. But contrary to popular belief, the stress young people experience has nothing to do with meeting the demands of higher education.

It comes simply with being a newly minted adult.

Whether in college or not, almost half of this country's 19-to-25-year-olds meet standard criteria for at least one psychiatric disorder, although some of the disorders, such as phobias, are relatively mild, according to a government-funded survey of more than 5,000 young adults, published in December in the Archives of General Psychiatry.

The study, done at Columbia University and called the National Epidemiologic Study on Alcohol and Related Conditions, found more alcohol use disorders among college students, while their noncollege peers were more likely to have a drug use disorder.

But, beyond that, misery is largely an equal-opportunity affliction: Across the social spectrum, young people in America are depressed. They're anxious. They regularly break one another's hearts. And, all too often, they don't get the help they need as they face life's questions:

"Who will I be? Will I make friends? The romantic relationships, planning for the future . . . there is all kinds of stuff going on at the same time, including raging hormones," says Ronald Kessler, a medical sociologist at Harvard Medical School.

Some evidence suggests that college students may even be less miserable than their nonstudent-age-mates.

Suicide - the third leading cause of death for teenagers and young adults, according to the Centers for Disease Control and Prevention - is one-third lower among the college than noncollege set, says Dr. Paul Barreira, a psychiatrist who is director of Behavioral Health and Academic Counseling at Harvard University Health Services.

The reason is not well understood. One possible explanation, according to Barreira, is that most residential colleges don't allow firearms. Firearms are still the most likely way young people kill themselves.

And the biggest cause of despair? Even among college students, it's not academics, but love that hurts most.

Emotional problems were more than twice as common among students who had recently had a major loss - typically a romantic breakup - than among those who had not, says Dr. Mark Olfson, the Columbia University psychiatrist who led the National Epidemiologic Study on Alcohol and Related Conditions study.

The universality of youthful angst may come as a surprise in light of tragic college occurrences. But to the specialists, it makes perfect sense.

For one thing, early adulthood is the time when serious psychiatric problems such as bipolar disorder (manic-depression) and schizophrenia often surface.

For another, happiness in general follows a U-shaped curve, with the greatest unhappiness among young and very old adults, according to Kessler, the Harvard medical sociologist. For the young, the trick is navigating a steep developmental curve - figuring out who you are, getting work, family, and finances on track, and generally stumbling toward independence.

An open question is whether life has always been this way for the young, or whether psychological problems are on the rise. A 2006 survey of directors of college counseling centers suggests things are getting worse.

But Dr. Andrew Leuchter, a psychiatrist and associate dean of the David Geffen School of Medicine at the University of California, Los Angeles, says, "We don't know to what extent kids are having more difficulties and to what extent we are much better at recognizing and diagnosing them."

Barreira agrees. "Most college counseling people would say students are more depressed today. But my hypothesis is that we're looking for it more and we're better at diagnosing it in high school. More students are showing up in college on medications - they've been successfully treated so that they can get into good colleges."

For its part, Harvard is conducting a multiyear survey of mental health among incoming freshmen. And UCLA, despite general financial austerity, has launched a new initiative to help students with psychological problems.

That said, the Columbia study suggests that mental health treatment is actually better outside the Ivy-covered walls. While 1 in 20 college students with psychological problems gets treatment, 1 in 10 of same-age nonstudents gets help.

It's not clear why, says Olfson, the Columbia University psychiatrist. "College students may be more concerned" that if they seek help they might jeopardize career opportunities or academic achievement, though he adds that even so, "colleges should make more of an effort to make services available and acceptable, particularly for alcohol use problems." Living at home with parents seems to protect kids' mental health, whether they are in college or not, the study found.

Young people, in and out of school, can also do more to help one another, says Barreira, especially by minimizing isolation. "Everything gets worse if you're isolated," he says. "It's amazing how many students eat alone in the dining hall. My message to them: Find someone to talk to, even if it's a teaching fellow or a faculty member. Don't stay isolated."

Worried parents can help, too, whether their offspring are in school or in the job market. They can reassure their sons and daughters that it's not necessary to get all A's or move like lightening up the job ladder. And perhaps most important, that broken hearts usually do heal.