He infuses mercy into practice of medicine 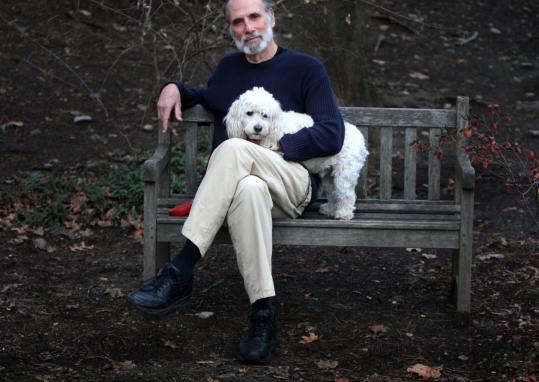 Thirty years later, Dr. Stephen Bergman is comfortable shifting his posture back into appraisal position. Everything has come full circle, he thinks, and he's just put the bookend on a ride that began in 1978 when he wrote a book, under the pen name Samuel Shem, called "The House of God."

That book - about the tortured life of a medical intern - cast an early spotlight on the grueling conditions that come with medical training, and has become historically important document in the history of medical writing.

And Bergman chose to approach the issue in a dangerous genre: the satirical novel.

"A muse voice told me, 'This is so awful that it has to ride on humor or nobody will read it,"' he said sitting recently at the kitchen table in the very zen Newton carriage house where he (in the person of Samuel Shem) still writes every day. Bergman said he wouldn't change a thing about "The House of God," wouldn't change a word of the text. He's confident that his tale about surviving "the inhumanity" of medical intern life helped to change it.

The novel, which has sold more than 2 million copies, tells the story of Dr. Roy Basch, an graduate of the BMS (for Best Medical School; Bergman had just gotten out of Harvard) who interns at a hospital called "The House of God" (Bergman was at Beth Israel) in a world of mental, emotional, and philosophical torture run over by sex and sleeplessness.

Bergman says he wrote it after his internship as a form of catharsis, a fiction of resistance that allowed him to address those inhumane "Hey, wait a second moments" in a humane way.

Asking a doctor about "The House of God" is often an invitation for them to tell horror stories of their sleepless hazing as interns. The book was a sensation with young doctors when it first came out in the late 70s - and is still around in on-call rooms - but the establishment flew off the handle. Now that he's 64, those young doctors are the establishment.

And this year, on the 30th anniversary of the book, that establishment has rolled out the carpet for Bergman. In a 10-day period beginning in late October, Bergman sat in rooms full of people and heard what he would describe as "mostly good obits." First there was the international symposium at the Cleveland Clinic in honor of a book of essays about "The House of God" and its influence on medical education for the last 30 years. Then he went straight to San Antonio to give the keynote lecture to the American Association of Medical Colleges annual meeting, an organization that was "unkind" to him for many years.

"He's gone from being this pariah to, despite his best efforts, being acceptable in polite company," said Harvard Provost Dr. Steven Hyman. "The book outraged no small number of people dedicated to the status quo, but it captured in many ways the powerful emotional experiences of internship for many doctors or our generation, and that generation has grown up. 'The House of God' has been a significant piece of a much broader movement to humanize medical training and to focus human values on the relationship between doctors and their patients."

For all the anniversary laurels being heaped on "The House of God," what Bergman is most excited about this year is "The Spirit of the Place," his first novel since he left his psychiatric practice five years ago to write full time. Like "House of God," the new novel is an appeal to "stay human" in medicine, but this time it's set in the world of primary care, an area doctors are less and less interested in.

"It's the one you read after you become a doctor," he said. "It's about how you, as a doctor, become a human being in your community. It's not to, but with. Not I and you. It's about we. Obama said yes we can. The culture is coming around."

Bergman, who is a Buddhist, said he continues writing because an advocate for the "the spirit of the human in medicine" is still very necessary.

"There are enough 'Hey, wait a second' moments,' " Bergman said, but the reality of medicine is that you can't get away from suffering. "That's the Buddha,' he said. "But if you can go through it with someone, compassion will arrive."

Hometown: Hudson, N.Y.; lives in Newton.
Education: Bachelor's from Harvard College, 1966, in social relations; doctorate in physiology from Oxford University, 1971; M.D. from Harvard in 1973.
Family: Wife, Janet Surrey, is a clinical psychologist and Buddhist teacher who coauthored a play and a book with her husband. Daughter, Katie Surrey-Bergman, 17, is a junior at Concord Academy.
Hobbies: "Tending to the monkeys, toucans, Motmots and bananas" at Tierra Tranquila, his home in Costa Rica.