The Massachusetts Tobacco Cessation and Prevention Program unveiled a proposal to state health regulators to require retailers selling tobacco products to prominently display graphic warning posters. Under the proposal, Massachusetts would become the first state to have this requirement. The posters would be modeled after a campaign in New York City. Here is a look at some of the graphic posters.

A poster from the New York campaign depicting smoking's effect on teeth. 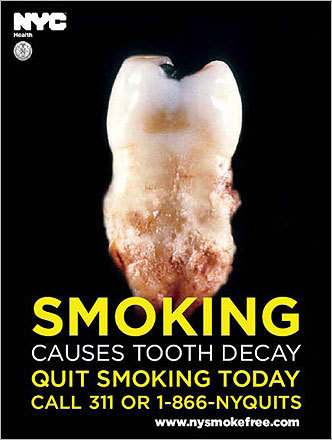