Reunited Van Halen is fun for all 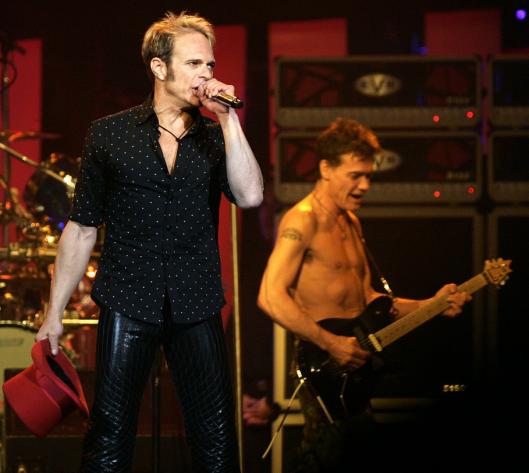 WORCESTER - In the great, unspoken battle of the reunion bands, Van Halen emerged the clear winner in 2007.

Other Johnny-come-back-latelies may have had more impressive intellectual credentials, exhibited more slick professionalism, or even managed to herd all the original members onstage, but few matched the gleeful energy and six-string pyrotechnics emitted by guitar god Eddie Van Halen last night at the DCU Center.

Spry of body and bright of spirit, the Cali hard-rockers returned to the area one week after shaking up the TD Banknorth Garden, spreading the news that long-estranged lead singer David Lee Roth and Van Halen seemed legitimately happy to be sharing the spotlight once again.

The famously contentious pair occasionally chatted and giggled between songs and played off each other with adolescent charm, Roth reaching for his roundhouse kicks and Van Halen grinning mischievously. From the metallic crunch of "Runnin' With the Devil" to the double-time innuendos of "Hot For Teacher" to the fist-pumper "Ain't Talkin' 'Bout Love" the nearly two-hour set was crammed with everything any fan of the classic lineup of the band would want to hear.

Of course, this was not the classic lineup, as Eddie's 16-year-old son Wolfgang subbed for the ousted Michael Anthony on bass. Eddie was clearly thrilled to be expanding the family business, playing with both his son and brother Alex on drums, and Wolfgang acquitted himself well in what must be both a thrilling and terrifying situation. But Anthony was missed. (He may not be the world's most accomplished bassist, but he always brought an impish spirit to the proceedings.)

After a few rough years, Roth has rebounded nicely, looking enviably fit and loosing his goofy Cheshire Cat grin with alarming frequency. His voice sounded almost as good as his abs looked as he managed most of the old yelps, growls, and lounge-lizard croons of yore.

But it was Eddie who was truly in prime form. On his signature guitar solo, he went from gentle caresses that brought forth an aching, almost cello-like lyrical melody to manhandling his fretboard for dirty, serrated knife's-edge riffage. In that 10 minutes you could hear the incredible range of influence he has had on artists as disparate as Weezer, Rage Against the Machine, the Mighty Mighty Bosstones, and Brad Paisley.

Whether it was magic, hypnotism, therapy or really good acting, the Van Halen onstage last night may have had as much fun as the sold-out crowd.