Enrollment fell in some others 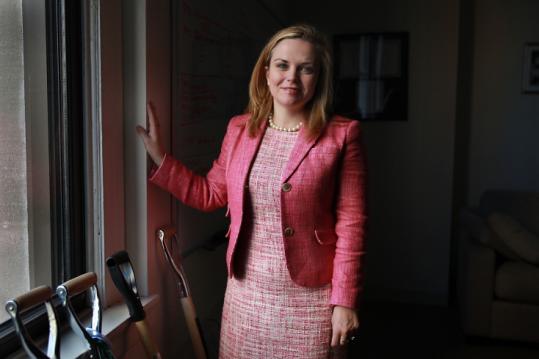 Nearly a quarter of school buildings across the state are significantly larger than enrollment and educational programs require, raising questions about whether cash-strapped communities should shutter schools or consolidate school districts, according to a state report.

Many of the underutilized schools are clustered in Boston, the Cape, and Western Massachusetts, areas where enrollment has dropped dramatically over the last decade, according to the report by the Massachusetts School Building Authority, a quasipublic agency chaired by Steven Grossman, state treasurer.

In other cases, districts such as Waltham and Fall River built schools that were too big or expanded existing ones too much as they rushed to secure funding from state education officials before oversight switched in 2004 to the newly created building authority. The authority was charged with setting more stringent funding requirements.

The report, released Friday, marks the first time the authority has analyzed the utilization rates of about 1,700 schools in Massachusetts.

The findings follow a decade of the most robust school construction since the 1970s, resulting in nearly 70 million square feet of newly built or renovated schools at a cost of some $7.5 billion to state taxpayers.

The authority decided to examine capacity after visiting some new schools in the last few years and finding enrollment was hundreds of students below projections.

Members of the agency were disturbed by another trend: Some districts struggling with unexpected drops in enrollment and revenue were asking whether they could still receive state reimbursement if they closed a school that had not been paid for. (The answer was a clear no.)

“People thought if you built it, the students would come, but in many cases it never happened,’’ said Katherine Craven, the building authority’s executive director.

The report, in describing the flurry of approvals from state education officials earlier last decade, put it more bluntly: “Too many of these projects were premature, poorly planned, and predicated on unrealistic enrollment projections.’’

The construction boom has enabled more students to attend school in more structurally sound facilities. About 40 percent of the square footage was built or renovated in the past decade.

The building authority deemed only 23 schools across the state to be in poor condition, down from 62 in 2005.

Independent design and engineering professionals hired by the building authority gathered data for the report during the last school year, visiting schools across the state.

The report paints a picture of the state’s schools either flush with space or with adequate room for current enrollment and programs.

The days of the overcrowded schoolhouse, which since the 1990s often made for colorful tales at town meetings, appear to be gone.

Space shortages now plague less than 8 percent of the state’s schools, including several in Auburn, Newton, North Andover, and Westwood.

The findings arrive as Governor Deval Patrick, state education officials, and several legislators attempt to prod dozens of small school districts with declining enrollments into consolidation, a controversial idea that goes against the New England tradition of local control.

The two-year effort has yielded just a handful of new regional school districts, all in Eastern Massachusetts, where many state leaders see the greatest need for consolidation.

A legislative commission on district consolidation is planning upcoming public forums on the issue.

“We hope this report becomes a valuable tool in giving communities the incentive to have this discussion,’’ said Grossman, noting the conversations can be difficult. “The towns of Harwich and Chatham came to an agreement [on regionalization] that’s moving forward. These things take time.’’

Glenn Koocher, executive director of the Massachusetts Association of School Committees, cautioned against using the report to compel districts to consolidate or to shutter schools.

“Just because a school has excess capacity doesn’t mean it’s not economically viable,’’ Koocher said. “It’s easy for someone in Boston to say a school in the Berkshires needs to close, but it’s a hassle for the children who would have to spend an hour to get to school every day.’’

The building authority, in developing a matrix to determine adequate building usage, relied heavily on the number of students per square foot and per classroom.

But it also included other factors, such as the presence of modular classrooms or the number of lunch periods required to feed all students.

The analysis found that about 1,300 classrooms, roughly the equivalent of 19 school buildings, were not being used for instruction and were instead serving as storage rooms, administrative offices, community programs, or other purposes.

The surplus has emerged as statewide enrollment in recent years has been dropping, as a boomlet of students who once sapped school space graduate from high school.

Some districts have been responding, closing about 40 schools in the last five years.

In Boston, the School Committee voted in December, in an emotionally charged meeting that drew hundreds of parents, students, and teachers, to close or merge about 18 schools in an attempt to shrink excess capacity and the district’s operating budget.

But the vote may not fully remedy the abundance of space among the city’s 134 schools. The report found about 30 schools were underutilized, while nearly all of the rest were adequately sized for enrollment and programs.

Ann Waterman Roy, director of strategic planning for the Boston public schools, acknowledged the district will continue to have excess capacity after the school closings and mergers go into effect in June, but she added the report mischaracterizes some schools.

For instance, she pointed out that the Boston Teachers Union School, Young Achievers, and the Mary Lyon Upper School — all listed as underutilized — are in the process of adding grade levels, leaving some classrooms empty until the schools are in full operation.

She also noted that the district needs a buffer to accommodate unexpected spikes in enrollment.

The district, where enrollment has plummeted over the last decade, has seen an uptick of several hundred students this year, and Mayor Thomas M. Menino is calling for a sizable expansion of full-day preschool.

All the while, though, the city is bracing for the potential loss of thousands of students to new charter schools that will be opening in the next few years.

“As precise as we try to be, you can’t predict everything,’’ said Waterman Roy, who briefly reviewed the report Friday. “I don’t want to be at 100 percent capacity because you could easily get into an overutilization situation, causing you to squeeze students in every corner.’’

© Copyright 2011 Globe Newspaper Company.
PDF School needs report
Your comment is subject to the rules of our Posting Policy
This comment may appear on your public profile. Public Profile FAQ