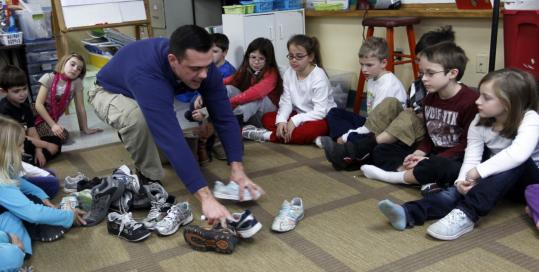 The group field trip — a time-honored tradition beloved by students and educators alike — is getting a makeover as schools adjust to tight budgets and strict curriculum standards.

It is getting increasingly rare for districts to orchestrate an old-fashioned field trip, complete with taxpayer-funded bus ride to one of the region’s natural or cultural resources. Instead, schools are saving money by having students walk to nearby sites, raising private funds for transportation, or by taking fewer field trips than in years past.

Revere High School students, for instance, take only about half as many field trips today as they did in the early 2000s, according to former assistant principal John Perella, who is now assistant principal at the city’s Garfield Middle School. Six per semester used to be common; now they’re lucky if they take two.

“The field trip philosophy has definitely taken a hit lately,’’ Perella said. “Part of it is financial, and some of it is also be cause we’re trying to refine what we’re doing [to meet state testing standards]. The days of the full-day field trip are unfortunately gone.’’

Field trip cutbacks are playing out around the region and the state as districts do all they can to slash costs without eliminating personnel, according to Tom Scott, executive director of the Massachusetts Association of School Superintendents.

The shift in thinking has broad implications, both for schools and for institutions that depend on revenue from school group visits.

Some nonprofits are feeling the pinch. The USS Constitution Museum in Charlestown, for instance, saw school group visits drop by more than 15 percent, from an average of about 1,800 to fewer than 1,500 in 2010, according to museum learning coordinator Adriana Maksy. Wolf Hollow, a wolf sanctuary with an educational mission in Ipswich, has also felt the squeeze.

“The economy has hit us hard as we depend on school groups during the week,’’ said Wolf Hollow director Joni Soffron in an e-mail. Field trip visits to Wolf Hollow “are way off due to budget cuts in education. If schools are laying off teachers, they are not going on field trips.’’

Transportation fees in particular have climbed in recent years, as factors ranging from fuel to insurance have pushed the cost higher. As a result, teachers and students are increasingly setting off on foot to visit sites nearby, according to Sue Goganian, director of the Beverly Historical Society, which hosts field trips at three historic houses.

“It’s cushioned us a little bit to have some schools [nearby] that don’t rely on bus transportation,’’ Goganian said. “In some cases, a teacher will tell me, ‘We’re walking, [so] if it’s pouring rain, we don’t want to come.’ ’’

In Tewksbury, parents raise funds to help cover field trip expenses for students in grades K-2 at the Heath Brook School. The Beverly School District doesn’t have a budget for field trips because expenses are paid by students’ families, according to assistant superintendent Maryellen Duffy.

Even educationally, field trips are getting tougher to justify. In the course of preparing for state achievement tests, teachers and administrators are reluctant to have students spend even one day outside the classroom — unless the trip is certain to advance that week’s designated lessons.

“It’s not something that’s just green-lighted anymore,’’ Perella said. “Teachers have to present their reasons for going, back them up with evidence, and explain why it makes sense to do it.’’

Cultural institutions are beefing up programs that fulfill curricular requirements, sometimes in multiple subject areas. The Constitution Museum, for instance, is developing programming that imparts lessons in the core subjects of science and math along with history.

Organizations that spell out how their programs meet state standards have sometimes avoided the trend. Mass Audubon’s Ipswich River Wildlife Sanctuary in Topsfield has produced materials that explain how its programs fulfill curriculum requirements in areas such as science. Organizers say these efforts, coupled with growing interest in environmental education, help explain why 10,600 schoolchildren visited during the 2009-10 academic year — a 2,300-student increase from two years prior.

The Peabody Essex Museum in Salem hosted 23,000 students in 2010, up from 15,000 in 2009. Two factors helped boost the numbers, according to Gavin Andrews, assistant director for family, student, and teacher programs. The museum launched an initiative to tell teachers exactly how its programs fulfill state requirements. And classes flocked to “The Emperor’s Private Paradise,’’ a special exhibit of treasures from 18th-century imperial China.

Institutions increasingly are sending experts to schools whose students can’t travel. The Ipswich River Wildlife Sanctuary has trained at least five naturalists to do in-school presentations, up from just one in 2001.

Outreach is also a growing emphasis for Historic New England, which owns the Coffin House and Spencer-Peirce-Little Farm in Newbury. Fewer students are visiting the properties, but through educators’ trips to schools, Historic New England met with 4,674 students in 2009-10, up from just 653 in 2001-02.

“We’re able to get across a lot of the same concepts,’’ said Carolin Collins, education programs manager. “But it’s really the sense of place that’s lost — the grounding in the actual historic environment.’’