Boy, 14, wrote of cost of violence 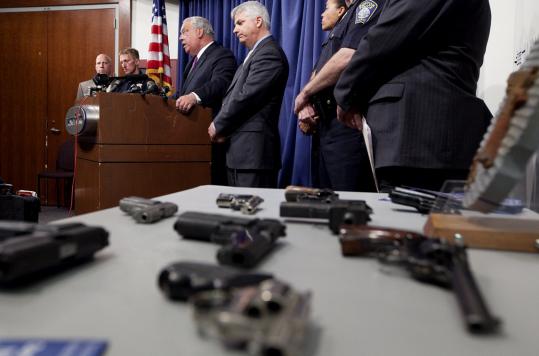 Last year in class, Jaewon Martin and his fellow seventh-graders began discussing the violence that often tears apart their neighborhoods and takes their friends’ lives.

They talked about Steven Odom, a 13-year-old who had gone to Martin’s school in Roxbury and was gunned down in 2007 just a few feet from his home.

Martin thought about his 18-year-old cousin, Cedirick Steele, shot the same year by gang members looking for a random person to kill.

With the help of his mother, the Dorchester teenager wrote an essay for school about his personal experience with tragedy.

“I learned that no matter how good or innocent you are, people don’t care,’’ Martin wrote. “They just want to hurt you for the fun of it. People think violence is fun, and that it’s fun to hurt or kill others.’’

That violence caught up with 14-year-old Martin Saturday afternoon, when a gunman fatally shot him on a Roxbury basketball court. A longtime friend who was also struck by bullets survived.

Yesterday, Martin’s family struggled to understand how an honors student with no criminal record and no gang ties became the latest teenager to die violently in Boston.

“Jaewon is another Cedirick, an innocent kid who was trying to do something,’’ said the victim’s mother, Nicole Martin.

The death of Martin, an eighth-grader who would have graduated from the James P. Timilty Middle School this spring, shocked the city.

“A 14-year-old getting shot — that’s not who we are in Boston,’’ Mayor Thomas M. Menino said during a press conference at police headquarters. “This is not right. It’s not acceptable in our city anywhere.

“When a tragedy like this happens we all have to look in the mirror,’’ Menino said. “It’s incumbent upon all of us to figure out how we can do more to stop these senseless acts of violence.’’

Boston Police Commissioner Edward F. Davis described the shooter as a coward and called on witnesses to come forward, a cry Martin’s family made at a community meeting at the Bromley-Heath housing development, close to where Martin was shot.

“It’s a shame; it’s a disgrace that people will not stand up and be men and women of integrity and say what they saw,’’ said Ruby Steele-Morris, Martin’s aunt. “Someone saw what happened to Jaewon.’’

Police have not made any arrests and would not comment on whether the teenagers were targets.

The other victim, a 16-year-old from Roxbury who had known Martin for several years, has no criminal record, according to a law enforcement official with knowledge of the case.

The boys often played basketball at that court and felt safe there, said the mother of the survivor, who went to the community meeting.

The Globe is withholding the survivor’s name and his mother’s last name because the family fears for his safety.

The mother, Tamara, said her son, his 11-year-old brother, and Martin were headed to the Heath Street train station, where they planned to catch the Green Line to the CambridgeSide Galleria to shop for Mother’s Day gifts.

They stopped at the basketball court because the younger boy needed to pick up some money at a cousin’s house.

As they waited, Martin and his friend talked to a couple of girls on the court, Tamara said. That is when a man walked up the steps to the court and began shooting, she said.

Martin ran, but quickly fell to the ground, she said.

Her son, seeing Martin collapse, turned to run and came face-to-face with the barrel of the gun. He was shot in the chest and arm, Tamara said.

Her son, who was released from the hospital yesterday, did not know the killer, she said.

“I guess [the gunman] just feels like more of a man to shoot at anyone he sees,’’ she said. “You don’t know kids from gangbangers.’’

During the meeting yesterday afternoon, community leaders offered counseling services to Tamara’s boys and promised to help the Martin family find ways to pay for the funeral.

Martin’s funeral will probably be on Thursday, his family said.

They described him as a considerate, intelligent boy who excelled in math, his favorite subject, and loved to write and bake.

“He would bake you a meal,’’ Nicole Martin said.

Martin ended his essay optimistically, calling on teenagers to start programs and dance groups that would steer them away from crime.

“A lot of people just let the violence upon this world continue because they think trying to stop it will put them in danger,’’ he wrote. “Some people think that being positive and wanting peace isn’t a good thing.

“But I would start teen programs that talk about the causes and effects of youth violence,’’ he wrote. “I’d make up an all-boy program and an all-girl program. And I would set up field trips to fun places.’’

John M. Guilfoil of the Globe staff contributed to this report. Maria Cramer can be reached at mcramer@globe.com.