National average is 3 years on job 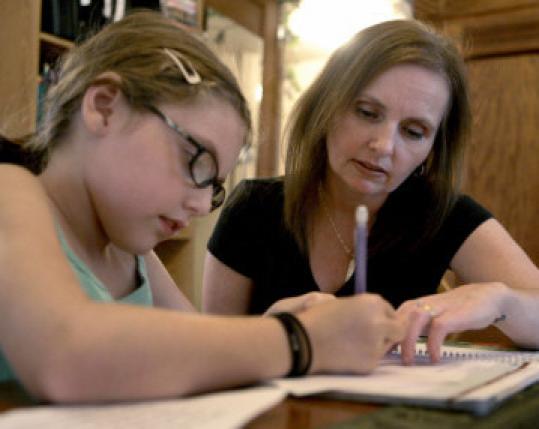 Despite good salaries and plenty of perks, a recent study found that the average urban superintendent nationwide stays on the job only about three years, which educators say isn't enough time to enact meaningful, long-lasting reform.

"Would you buy if they changed CEOs every year?" asked Diana Bourisaw, who left as St. Louis superintendent in July after two years in the top job. "The answer is no. I wouldn't."

On Friday, Kelvin Adams signed a three-year contract with the St. Louis district worth $225,000 annually plus bonus incentives, a day after his hiring was approved by a state-appointed board that oversees the district.

Adams figures he can buck the trend of superintendent turnover. "I am absolutely focused on one thing - student achievement," he said.

Academic accountability is the new national mantra in public education, and low-performing districts are giving high salaries and making high demands on their superintendents, who must deal with conflicts among school boards, teachers' unions, and parent groups.

The school board in Kansas City has gained a reputation for micromanaging the district and bypassing its own superintendent even as test scores languish year after year.

One school board member, Ingrid Burnett, abruptly quit this past week, and in a resignation letter scolded her colleagues for not doing enough to address the district's accreditation problems and their "continued demonstrations of micromanagement and defensive posturing."

The 2006 study by the Council of the Great City Schools, a coalition of some of the nation's largest urban public school systems, reported an average salary of $208,000 among the nearly 60 urban districts it examined. More than half of those superintendents got a car or mileage allowance, more than one-third got financial bonuses, and 2 percent received a housing allowance.

Yet it's not unheard of for a big-city opening to draw only a few dozen candidates - a testament, analysts say, to the job's professional and political demands.

Atlanta went through five superintendents in 10 years before Barbara Hall arrived in 1999, said school board member Katy Pattillo. She feels the district has made significant academic progress since Hall's arrival.

Pattillo said the Atlanta school board attended "governance training" to better define the roles of people involved in education and improve communication. It also worked to get community and business support. Hall now boasts of academic gains every year since 2000.

In St. Louis, Adams takes over a district that hasn't been as fortunate. The Missouri Board of Education has stripped the district of accreditation, finding that it came up short academically and financially.

After a decade in St. Louis, Lori and Eric Peterson and their children are moving to the suburbs because they feel the school district has let them down.

"Do we stay and try to prove a point that we're 'city' people?" Lori Peterson asked. "Or do we leave because that's in the best interest of our children?"