THIS STORY HAS BEEN FORMATTED FOR EASY PRINTING
franklin

A scramble for money to keep teachers 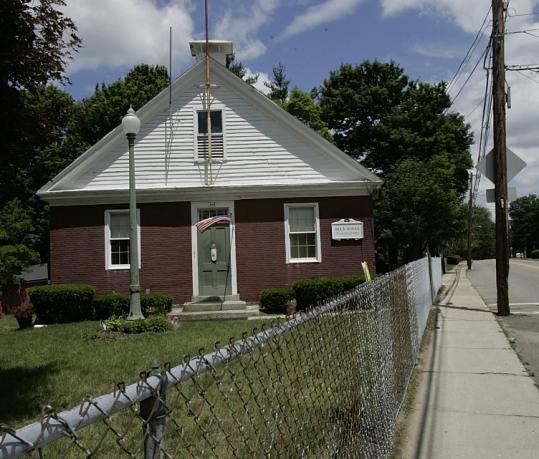 The fate of the Brick School in Franklin remains a question, but in the meantime supporters have kept up fund-raising. (Suzanne Kreiter/Globe Staff/file 2007)
Email|Print|Single Page| Text size – + By Rachel Lebeaux Globe Correspondent / June 22, 2008

More than 40 schoolteachers are expected to lose their jobs after Franklin voters turned down a tax increase, but town leaders are still searching for ways to inject money into the cash-strapped school system.

Last week, Town Councilor Bob Vallee asked the council to consider transferring $1 million from the town's stabilization account to the school department in order to retain some of the teachers. The council's chairman, Chris Feeley, agreed to hold a discussion at its July 9 meeting.

Part of the budget crunch for next fiscal year stemmed from town officials' reluctance to dip into Franklin's stabilization fund, which stands at $4.3 million, as they have in previous budget cycles.

Valle, a former Franklin High School teacher, said he is planning to rally support for the transfer from the school community. "I'll have to try to see if we can get some parents to come down and put some pressure on the council," Vallee said.

Despite weeks of lobbying by officials, residents rejected a $2.8 million Proposition 2 1/2 override on June 10, with 4,290 voting against and 3,402 supporting it.

The additional taxes were to preserve 15 teaching slots at the elementary schools, 12.5 at the middle school, and 16 at the high school, officials said.

"Absent any additional funding, we're going to institute the cuts that we talked about," said School Committee chairman Jeffrey Roy. "When I got the results, I was extremely disappointed, because I know what it means to the district. Losing that many teachers in a system that continues to grow takes us off that path of good to great that we're constantly talking about."

Prior to the vote, the school district sent letters to 47 teachers, advising them that their positions might be among those cut should voters reject the tax increase.

In addition to the personnel cuts, officials said, there will be a $100 increase in the bus fee, to $325, and no more late buses for students who stay after school for clubs and other extracurricular activities this fall.

Had it passed, the override would have added approximately $244 to the annual tax bill for a house valued at $411,000, the average in town, officials say. Last year, Franklin voters approved a $2.7 million tax increase to maintain school and library services; the Proposition 2 1/2 override boosted local property taxes by 8.7 percent.

But school officials are still looking for ways to deal with the funding problems for the 2009 fiscal year, a discussion that will likely continue at Tuesday's School Committee meeting, Roy said.

For starters, there is $180,000 in the school district's athletic revolving account that remained unallocated prior to the vote and could help lower the deficit, Roy said. "So, that may bring that number down, but it will buy three teachers at most."

Vallee said that he was very concerned about the effect the cutbacks will have on the school system. "This is an awful lot of people to lay off," he said. He added that the stabilization fund is a "savings account that should be used to stabilize the town government."

"I can't see anything more important than education," said Valle.

With the override's failure, the fate of the Brick School is also in question. The 175-year-old one-room schoolhouse, which operates as part of Davis Thayer Elementary School, was kept open this year when the School Committee accepted $27,000 in donations.

But Cindy Douglas, who taught at the Brick School for 33 years, retired at the end of this school year. In addition, Davis Thayer is slated to lose a kindergarten class, Roy said, although the School Committee has not yet determined whether it will be the Brick School.

"We're in a little bit of a holding pattern," said Paula Sandham, secretary of the Brick School Association. "At this point, we haven't been officially notified by anybody in the school administration, so we've been moving forward throughout the year, fund-raising and applying for grants."

There remains much community support for the school, Sandham said, pointing to a large turnout for a picnic this month celebrating the school's 175-year milestone.

However, "because the override didn't pass, we understand that the School Committee has a lot of work ahead of them," Sandham said.