The process that brought colors to movie screens was invented by a company founded in 1915 by Herbert Kalmus, MIT class of 1904. A high school dropout who worked as a carpet salesman, Kalmus joined with another MIT graduate, Daniel Comstock, to launch a company called Technicolor Corporation. So began a 20-year-long effort to create high-quality color films. The 1935 film “Becky Sharp” was the first full-length three-color movie; five years later, Technicolor won an Oscar for the color photography in “Gone With the Wind.” And, yes, the “tech” in Technicolor was Kalmus’s tip of the hat to his alma mater.

When they started in 1990, MIT grads Helen Greiner and Colin Angle knew they wanted to build robots; they’d figure out their business model later. Did they ever. The Roomba vacuum arrived in 2002, the first truly functional robot to find its way into American households. Last year it earned iRobot more than $400 million in revenue. On a more serious note, iRobot developed a reconnaissance robot for the military. PackBot acts as eyes and ears for troops and neutralizes roadside bombs, screens vehicles and people for devices, and goes into caves. iRobot has built about 3,500 PackBots for US troops in Iraq and Afghanistan.

The Joseph A. Campbell Preserve Co. of Camden, N.J., had been canning fruits, vegetables, and soups long before John T. Dorrance came along in 1897. But Dorrance, armed with a bachelor’s from MIT and a doctorate from University of Gottingen in Germany, found that using less water in the soup gave it a more concentrated flavor. The customer would then simply open the can, pour the contents into a saucepan, add water, and heat it up. The idea was so successful that the business changed its name to

Birth of the iPod

As an MIT doctoral student in the early 1950s, Robert Noyce was known as “Rapid Robert” for his quick mind. As a cofounder of , he was known as the “Mayor of Silicon Valley.” A mentor to Apple’s Steve Jobs, Noyce is one of those credited as the inventor of the first practical integrated circuit, a.k.a. the “microchip” – which made modern-day computers possible. Without that, no iPod.

Rather than try to make money by teaching students from afar, MIT leaders in 2002 began providing free access to course materials to anyone, anywhere, who wanted to learn. The OpenCourseWare website inspired other universities to follow, and today anyone with a Web connection can access rich materials – and in some cases videos of the lectures – for more than 2,000 MIT courses. It’s estimated they’ve reached 100 million people; they’re shooting for 1 billion. Two entrepreneurs in Haiti learned from MIT how integrated circuits work and installed solar-powered street lamps in some of the country’s poorest areas.

It’s hard to imagine the art of folding paper, or origami, having wide-scale implications to the way we live. But Erik Demaine, an MIT computer science professor, won a 2003 MacArthur Fellowship for some pioneering ideas about the importance of understanding folding and bending. The more we know about folding and bending, the more we can improve everything from robotic arms to hydraulic tubes. Demaine’s artwork was recently selected to appear as part of the Smithsonian Institution’s 40 Under 40: Craft Futures exhibition

This joke’s on you

MIT students took the word “prank” to new highs (and lows), from parking a police car on the Great Dome (1994) to burying a giant weather balloon beneath the Harvard Stadium field that inflated during a timeout in the annual Harvard-Yale game (1982). See more MIT pranks.

Hugh Lofting was an Englishman who studied civil engineering at MIT and served in the British Army in World War I. Appalled by the mistreatment and death of horses during the war, Lofting wrote stories and mailed them to his children. They were the tales of a kindly physician who cared for animals. Lofting showed the letters to a writer, who recommended his own publisher. Doctor Dolittle was born.

Before there was TMZ and US Weekly, there was (and still is) the National Enquirer. Generoso Pope Jr., godfather of the tabloid, founded the famed publication and is a 1946 MIT graduate. Seriously.

Max Mathews, who received his doctorate in 1954, helped teach computers how to play a melody by writing MUSIC software.

He did not attend MIT, but he was one of its most famous donors because some of its graduates became his best workers. He gave millions to MIT as “Mr. Smith.” His real name? George Eastman, who introduced the camera to the world in 1888.

Tom Scholz, a 1970 MIT graduate, helped launch the rock band Boston and invented the Rockman, a portable amplifier that became a musician favorite for years.

Larry “Horsemeat” Kahn graduated MIT in 1976. His great achievement? He held the world singles title in, yes, tiddlywinks. So what world title have you ever held? 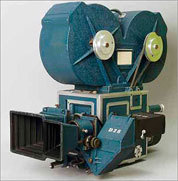