What's older than the freshman class? 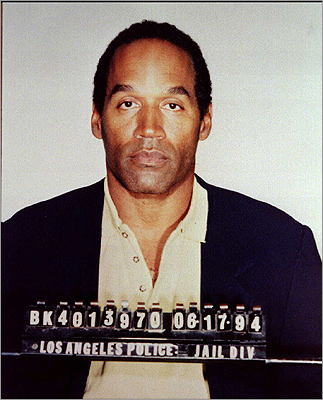 Former Hall of Fame football player O.J. Simpson is seen here in his 1994 booking photo from the Los Angeles Police Department. The photo was taken after the famous low-speed chase on the LA freeway.

This year's freshman class wouldn't recall Simpson's trial on charges he killed his ex-wife Nicole Brown Simpson and her friend Ronald Goldman. Simpson was acquitted after a criminal trial that became a media spectacle.