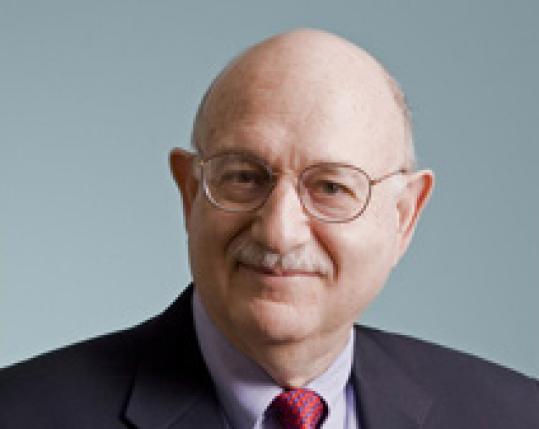 When universities are deciding how much to pay their presidents, they call Raymond Cotton. When presidents need an advocate in salary negotiations, they call him, too.

Cotton, who works for the Boston-based law firm Mintz Levin, has carved out a niche as one of the nation’s most prominent consultants on academic salaries, helping to negotiate or assess contracts for more than 250 clients.

He is also is the common link between two recent Massachusetts controversies over large salaries and corporate-style perks for university presidents.

Cotton, who is based in Washington, D.C., helped make former Suffolk University president David Sargent one of the highest-paid college presidents in the nation under an agreement that is now the subject of an IRS audit. He also crafted a contract that gave outgoing UMass president Jack Wilson a yearlong sabbatical at full presidential pay after he left the post, a perk UMass hired Cotton to review as an outside arbiter two months ago.

In January, Cotton told the UMass board the benefit was common, presenting practices at 16 schools for comparison. But a Globe survey of 30 major universities and systems suggested the benefit is rarer than Cotton’s data showed.

The UMass board apparently did not know when it hired Cotton that one of his recent clients had come under federal scrutiny, despite the fact that the board’s former chairman is president of Cotton’s division at Mintz Levin.

As for Suffolk, it recently selected a new president. In setting his pay, the school’s board sought advice from an unusually long list of people, including private consultants and specialists from the Internal Revenue Service. But according to an official with direct knowledge of Suffolk’s hiring process, the board excluded Cotton from its list.

“It’s a new world that needed a fresh viewpoint, an objective and thorough analysis that would render a straightforward, balanced opinion,’’ said the board chairman, Andrew Meyer.

Cotton, 69, inhabits a sector of higher education few outside the industry ever see. His specialty barely existed a decade ago, when compensation consultants were more likely to be found in the boardroom than in the ivory tower.

But the job of the university president has grown more complex and demanding in recent years, and pay packages have followed suit. What once might have been a straightforward discussion can now be a prolonged series of negotiations over chief-executive-level pay and benefits.

Details of those negotiations are typically hashed out behind closed doors, even at public institutions.

Cotton declined to answer questions about his work at specific schools, saying he could not reveal “proprietary business information.’’

But in a statement, he said that “after over 30 years of studying executive compensation levels and conducting compensation studies, I believe I have a very good understanding of what is standard in this field.’’

“There are nuances,’’ said Rita Bornstein, a former client of Cotton’s who led Rollins College in Florida from 1990 to 2004. “Who pays for cleaning the president’s house? Whose furniture do you use? Does your spouse get compensation? Does he travel with you?’’

Bornstein knew none of those nuances when she negotiated her first contract by herself and wound up underpaid, she said, at $135,000 a year. At renegotiation time, she hired Cotton and got a bigger salary and a swath of new benefits, including the promise of a year’s sabbatical at full pay after she left the post.

“I wish there were more people working in compensation consulting,’’ she said. “It’s not a bad thing. It’s a good thing.’’

But others disagree. Critics say that consultants’ expertise - which generalist, in-house college attorneys may lack - gives them enormous sway to choose the data that frame contract negotiations. And consultants who represent school presidents have an incentive to obtain lucrative packages: It will make their services more attractive to future clients.

“Increasingly, presidents are represented by specialized counsel, and universities don’t have the same advantage,’’ said Jim Finkelstein, a George Mason University policy professor and former administrator who is studying 100 presidential contracts at public colleges. “Everyone starts upping the ante for what they should be paid. We’ve begun to corporatize the higher ed environment. A lot of people would be outraged if they knew the structure of these contracts.’’

Among the contracts examined by Finkelstein are several with unusual benefits. In one, the president was given the option of taking a sabbatical or getting the value of that time in cash. At another, the head of the board could grant the president extra paid days off at his discretion. Cotton negotiated both those contracts, Finkelstein said.

“I have nothing but respect for Ray Cotton,’’ Finkelstein added. “I just think there should be Ray Cottons on the other side of the table.’’

Cotton does in fact work both sides of the table, representing boards as a significant proportion of his job. But he is best known for his work on behalf of presidents.

“There are a handful of people in the country who do that, because, having done it myself a little bit, there isn’t much money to be made on individual cases,’’ said Shelley Steinbach, a prominent higher education lawyer and consultant. “What does make money is volume.’’

In 2007, for instance, a University of Oregon economics professor, Bill Harbaugh, obtained a report Cotton had assembled to help that state’s university system set its leaders’ pay.

Harbaugh excoriated the report, arguing that almost all its data on comparable schools were available from the Chronicle of Higher Education.

“This report is a crib job,’’ he wrote to state officials. “If a student presented it as independent work I would flunk them for plagiarism.’’

Cotton said through a Mintz Levin spokeswoman, Nancy Sterling, that he did not remember the Oregon incident - he has conducted about 100 studies since then, he said - but added that he often used data reported directly by the institutions. Because the schools share numbers with the Chronicle and other publications, “it’s not surprising that such data was publicly available.’’

Most of Cotton’s press is more benign. He writes frequently for trade publications and is regularly quoted in newspapers as an authority on how much presidents should be paid.

Often, his answer is more. In 2006, he told the University of Pennsylvania he believed that in general, college presidents “are underpaid, [given] the complexity of these jobs and what they are asked to do.’’

A year later, he told the Globe that a $2.3 million exit package given to Richard Freeland - then the departing president of Northeastern University, now the state commissioner of higher education - was very modest compared with Freeland’s annual salary.

Limits, however, should be observed, Cotton told the Atlanta Journal-Constitution in November 2010: “If the pay is way above what the peer institutions pay, the IRS can go after that money.’’

By that time, the IRS audit spurred by the contract Cotton had worked on at Suffolk had been underway for almost a year. Results of the investigation are pending, but the official with direct knowledge said preliminary skirmishes have questioned the list of colleges Cotton provided the university for comparison, which could have made Sargent’s pay look more typical than it was.

Questions have also been raised about the list of peer institutions Cotton gave UMass in January, when the system asked him how common it is for university presidents to receive yearlong, fully paid sabbaticals.

For a fee of more than $20,000, Cotton presented the board with a short report - six pages of charts, plus another two summarizing the same data - looking at 16 public universities or systems.

He told the board he chose the institutions based on their similarities to UMass in enrollment, operating budget, total assets, “academic reputation, and challenges facing the presidents.’’

Eight of them offered sabbaticals of at least a year at full administrative pay after the presidents left office.

But a Globe assessment of 30 major public universities and systems, including those UMass typically considers its peers, found only two schools or systems that usually offer the perk, eight that sometimes do, and 20 that rarely or never do. At least one, the University of North Carolina, has explicitly banned it.

Cotton said he might have based his analysis on the university’s internal lists of peers, as he sometimes does at other schools. But “I didn’t this time,’’ he told the Globe in an interview earlier this year. “I don’t know why.’’

In a later e-mail, he said he and his Mintz Levin colleagues had selected a fresh group in the interest of “maintaining our independence.’’

UMass administrators, including current system president Robert Caret and board chairman James Karam, emphatically defended Wilson’s package. (Caret has the same sabbatical benefit.) The UMass president’s salary of $425,000 is far lower than that of many public and private counterparts and below the average at peer institutions.

Also, they added, previous UMass presidents offered sabbaticals have not taken them.

But Karam added that he had not known Cotton was involved in the controversy at Suffolk when UMass hired him.

Cotton’s success continues apace. He has an essay in the new issue of Trusteeship, a trade magazine, advising boards on “Preparing for an IRS Audit of Executive Compensation Decisions.’’

And several weeks ago, he spoke at one of the nation’s premier higher education conferences. Among the topics of his presentation: how to “avoid contract-related controversies.’’