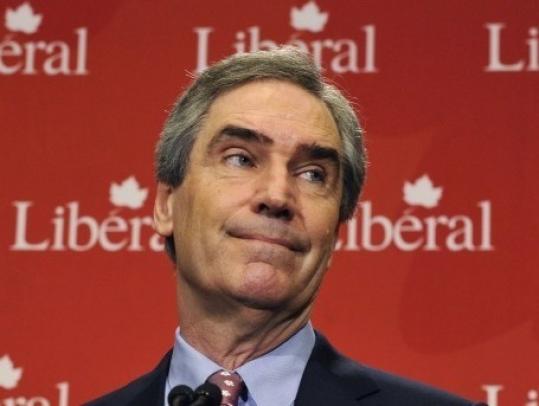 At Harvard, he was a superstar — a handsome and popular academic with crossover appeal whose essays appeared in the New Yorker and whose fiction was short-listed for the Booker Prize.

His foreign policy classes were oversubscribed, and students scrambled for invitations to the dinners he hosted at his residence at Mather House. Few from the Kennedy School have appeared on the cover of GQ. But he did.

Then Michael Ignatieff’s charmed life became something else entirely when he plunged into the surprisingly caustic world of Canadian politics in 2005.

Ignatieff, a Toronto native, rose quickly to become leader of the Liberal Party and launched a bid for prime minister in March. But last Monday, he led the party to its worst-ever defeat, a thorough trouncing at the hands of the Conservative Party, which relentlessly attacked him as an arrogant carpetbagger from Cambridge.

Attack ads in the race prominently featured a 2005 quote from the Harvard Crimson in which Ignatieff declared: “If I am not elected, I imagine that I will ask Harvard to let me back.’’ The ads ended with a voiceover darkly intoning: “Ignatieff: He didn’t come back for you,’’ or “Ignatieff: Just visiting.’’

Last Thursday, Ignatieff, who also lost his own seat in Parliament, announced he was quitting politics for good and had accepted a teaching position at the University of Toronto.

His dramatic rise and spectacular fall have sparked sadness and indignation among his friends and former colleagues in Cambridge, who watched with anguish as his tenure at Harvard was used as a cudgel against him in the campaign.

“I was devastated, obviously, but the circumstances are really strange,’’ said Fotini Christia, an assistant professor of political science at MIT who was Ignatieff’s teaching assistant for four years at Harvard. “To me, it’s a puzzle why Michael, who is one of the most charismatic people I know, would be presented the way he was presented in Canada, as some sort of carpetbagger.’’

Stephen M. Walt, a Kennedy School professor, said the attacks against his friend were predictable, but effective.

“The biggest obstacle he faced was the perception that he was a recent returnee to his native land who wasn’t really qualified to run the entire country,’’ he said. “Needless to say, this was a theme that the Conservative Party hammered home with considerable success.’’

At least, Walt said, Ignatieff had lived out the Kennedy School credo, to apply scholarship to real life.

“It’s to his credit that he was willing to leave the ivory tower and throw himself into the real world of political life,’’ he said. “It just didn’t work out that well.’’

The son of Russian immigrants, Ignatieff, 63, spent 30 years outside of Canada, studying, teaching and writing in the United States and England. He was at the Kennedy School from 2000 to 2005 and was part of a close group of human rights scholars that included Samantha Power, now a member of the National Security Council.

A prolific writer on international affairs, Ignatieff published scholarly and popular works at Harvard, drawing scorn from his friends on the left when he backed the invasion of Iraq as a human rights imperative.

Ignatieff’s students — a global gathering that included Israeli soldiers, and Palestinians, Serbs, and Kosovars — packed his class on international policy dilemmas, Christia recalled. “He was really admired,’’ she said.

Then he took a major gamble. After being urged by several Canadian political strategists to run for a seat in Parliament and lead Canada’s opposition Liberal Party, Ignatieff announced he was leaving Harvard and returning to Toronto. Walt said colleagues hoped the professor would succeed in his quest but were also worried.

“It did seem like something of a long shot to have been outside the country for so long and to go back with the clear intention of gaining the prime ministership relatively quickly,’’ he said. “It wasn’t as though he was planning a 20-year parliamentary career and then a leap to high office.’’

Ignatieff promised to create a government that “thinks big’’ with a “global perspective.’’ But a barrage of Conservative Party ads branded him an American academic merely dabbling in politics, attacks that played into Canada’s complicated relationship with the United States and its resentment of American cultural dominance.

Ignatieff told voters he was proud to have worked outside the country, “always as a proud Canadian.’’

The response, however, was ineffective, said Paul Cellucci, former Massachusetts governor who served as US ambassador to Canada from 2001 to 2005. “He pretty much allowed the Conservative Party to define him as an academic who was more American than Canadian,’’ he said. “He was not able to connect with the public.’’

On Election Day, the Conservatives rolled to their first majority government with Harper as leader, while the New Democrats roared past the Liberals to become the dominant opposition party. Ignatieff, who has largely avoided media since the rout, did not respond to an interview request.

But in an interview with the Toronto Globe and Mail on Friday, he said: “I couldn’t turn on the Super Bowl, the Oscars, Hockey Night in Canada, or Grey’s Anatomy without seeing some lies spread about my allegiance to my country or my motives for being in political life. . . . I was aware from the minute I entered politics that I had to control the narrative of my life. I did my best to do that. There’s no question that I failed.’’

Alex Keyssar, a Kennedy School professor who was a Harvard graduate student with Ignatieff in the 1970s, said he was sorry that his former colleague’s years at Harvard may have cost him the election. “If he had been at the University of Toronto his whole career,’’ he said, “it would have been different.’’