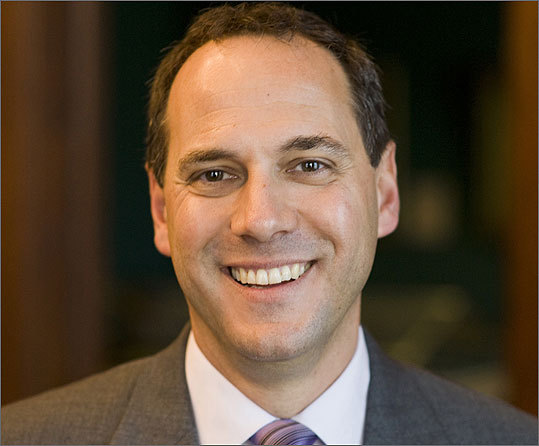 After an extensive national search, Williams College has named a 44-year-old dean from Johns Hopkins University as its next president, tapping a theoretical physicist who has surged through the academic ranks.

Adam F. Falk, dean of the Krieger School of Arts and Sciences at Johns Hopkins since 2005, will take over at the elite liberal arts college in April. He succeeds interim president William Wagner, who took over this summer after Morton Owen Schapiro left to become president of Northwestern University.

Falk’s selection as the 17th president of Williams follows a search that involved interviews with 40 candidates. In a message sent last evening to the Williams community, Gregory M. Avis, chairman of the college’s board of trustees, hailed Falk’s credentials and commitment.

“Adam captivated the board with his intelligence, passion, warmth, and outstanding record of leadership,’’ Avis wrote. “We marveled at the depth and range of his accomplishments as a top-flight teacher, scholar, and administrator and at the strength of his character and values.’’

Falk will be introduced today at a ceremony on the campus in Williamstown. In a statement yesterday, Falk said he was “honored and privileged’’ to join the 2,100-student college.

“What draws me to Williams, above all else, is the remarkable community of faculty, students, staff, and alumni that define the college,’’ he said.

“It’s a community both supportive and warm and yet clearly committed to honest self-examination and progressive evolution as times change.’’

Williams, widely considered among the best liberal arts colleges in the country, admits less than 20 percent of applicants. Tuition, room and board, and other fees cost nearly $50,000, but about half of students qualify for financial aid. Williams, like a number of other top schools, has eliminated student loans from aid packages. Last year, the college wrapped up a fund-raising campaign that brought in more than $500 million.

“I have so loved working with Adam that I have to concede that I hate that Williams found out about him, but it was bound to happen,’’ said Paula Burger, dean of undergraduate education at Johns Hopkins.

Falk, she said, brings a “deep understanding of the academic enterprise and a warm, engaging personality to the post.’’

At Hopkins, Falk oversaw a fund-raising campaign that raised $330 million, an $85 million renovation of the school’s main academic building, and the creation of a new office of multicultural affairs. The Baltimore college’s School of Arts and Sciences has about 6,000 students and 300 tenure-track faculty.

As a physicist, Falk focused his research on elementary particle physics and quantum field theory, particularly the interactions and decay of heavy quarks. Early in his career, he won national awards from both the National Science Foundation and the US Energy Department.

Falk is married and has three school-age children.