Robinson urges them to be humble 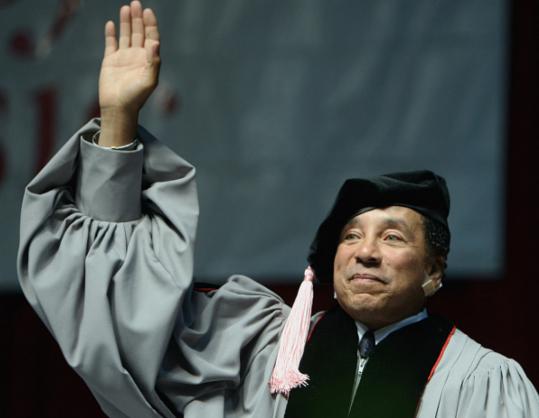 Follow your dreams, but stay humble. That was the message directed by Motown singing legend Smokey Robinson yesterday to Berklee College of Music graduates setting out on their careers in the music industry. (Full Article: 445 Words)