A restored role for scientists 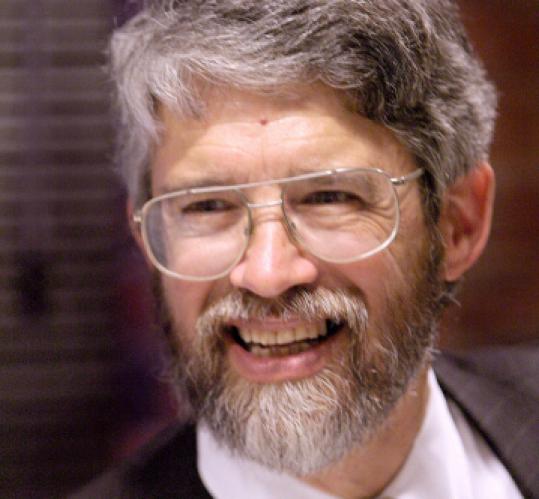 In a sign that President-elect Barack Obama intends to elevate science to greater prominence, John P. Holdren, a Harvard physicist widely recognized for his leadership on energy policy and climate change, will be appointed White House science adviser this weekend, the Globe confirmed yesterday.

A representative from one of the institutions with which Holdren is affiliated said Obama will announce Holdren's selection during a Saturday morning radio address. That person, who has direct knowledge of the appointment, declined to be named.

The news, coming in the same week as Nobel laureate physicist Steven Chu's appointment as secretary of energy, was heartening for the scientific community.

Many scientists have objected to the Bush administration's policies, from restrictions on embryonic stem cell research to the pace of action on climate change.

"I think they'll be restoring the role of science in the federal establishment," said Alden Meyer, director of strategy and policy for the Union of Concerned Scientists, a Cambridge-based advocacy organization. "We've got a bunch of people across the [new] administration who get it."

In 2004, Holdren joined other prominent scientists to sign a letter accusing the Bush administration of undermining and censoring scientists.

"When scientific knowledge has been found to be in conflict with its political goals, the administration has often manipulated the process through which science enters into its decisions," the letter said.

Holdren, who was an adviser to the Obama campaign and a member of a scientific advisory committee to President Bill Clinton, is a specialist on energy, climate change, and nuclear proliferation.

He is a professor of environmental policy and director of the Program on Science, Technology, and Public Policy at the Harvard Kennedy School. He also directs the Woods Hole Research Center, an ecological research hub in Falmouth, and is a former president of the American Association for the Advancement of Science, the nation's premier organization of scientists.

"John brings enormous strengths in two areas of science policy: energy and the environment," said Sheila Jasanoff, a colleague of Holdren's and a professor at Harvard Kennedy School who has written extensively about the role of scientific advice in democracies. "I think if he is appointed, he will send a signal to the scientific community, which has been disenchanted in the current administration, that science is very important and will be listened to." One important area in which he is not as expert, she noted, is bioethics.

Kevin Casey, director of federal relations at Harvard, said that appointing a science adviser early sends a clear signal that the adviser will be a valued part of the leadership team.

"I think attracting these kinds of scientists in their fields - both their scientific heft and their international leadership itself - sends a signal that these positions will play an important role in the administration," said Casey.

During the presidential campaign, Obama received the endorsement of Nobel laureates and outlined policies that were praised by the scientific community, including plans to elevate the post of science adviser to a senior-level position.

Since being elected, Obama has explicitly said that issues such as global warming and alternative energy will be a priority.

The recent appointments, scientists said, were an encouraging sign.

"That can only mean that the administration at the highest levels is listening to respected scientists, whereas over the last seven years, certainly in the stem cell-policy area, the people who have been advising the administration aren't even card-carrying stem cell scientists," said Dr. George Q. Daley, a principal faculty member of the Harvard Stem Cell Institute.

Colleagues and observers said Holdren's appointment makes sense because his experience fits well with major issues that will soon face the Obama administration.

"I think he has been a really staunch advocate for thinking about nonproliferation and climate, and that would be consistent with what we have heard about an Obama administration," said William Clark, a colleague at the Kennedy School.

The likelihood of Holdren's appointment was first reported yesterday afternoon on ScienceInsider, the news blog of the science association. The blog reported that Holdren had planned to attend a staff meeting at the Kennedy School yesterday, but flew to a meeting in Chicago with Obama's transition team.

"It says that we are going to have science leaders in the federal government who are genuine experts on each of the issues that are so central to bringing the United States back to its prominent position in the world," said Leshner. "We have never had quite this array of scientists in federal government leadership positions."

Also yesterday, The reported that Jane Lubchenco, a prominent marine biologist at Oregon State University, had been picked to head the National Oceanic and Atmospheric Administration.