Who is Adam B. Wheeler?

A Harvard professor reviewing Wheeler's Rhodes and Fulbright applications for the scholarships grew suspicious of essays that Wheeler apparently plagiarized. Wheeler also allegedly forged the names of professors on letters of recommendation.

When confronted with the plagiarism allegation, Wheeler allegedly said, “Ah, I must have made a mistake. I didn’t really plagiarize it.”

Investigators later discovered that Wheeler’s initial Harvard application was inaccurate. For example, he said he took classes at Phillips that the academy did not offer.

He stands accused of 20 counts of larceny, identity fraud, and other charges.

At left, a building at Harvard Law School. 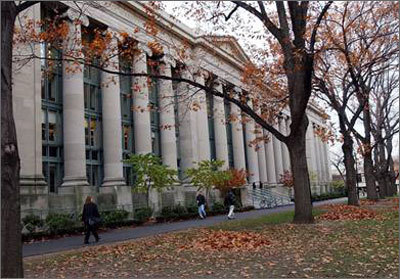