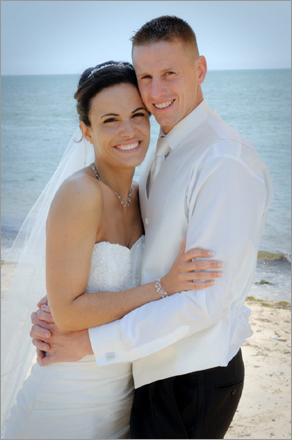 Corrine Sonia and Michael Sonia wed at the Popponesset Inn in New Seabury on June 7. The two began dating in August 2006 and within two months they were talking about marriage.

"Our wedding was spectacular, I would not change a thing. Apparently people that happened to be having lunch at the Popponesset Inn even noticed how much fun everyone was having - the next day my husband's aunt was having lunch at a restaurant in Newton and overheard someone at another table saying, "we were at the Popponesset Inn yesterday and there was quite the wedding going on, everyone was on the dance floor and having a blast"! said Corrine Sonia.