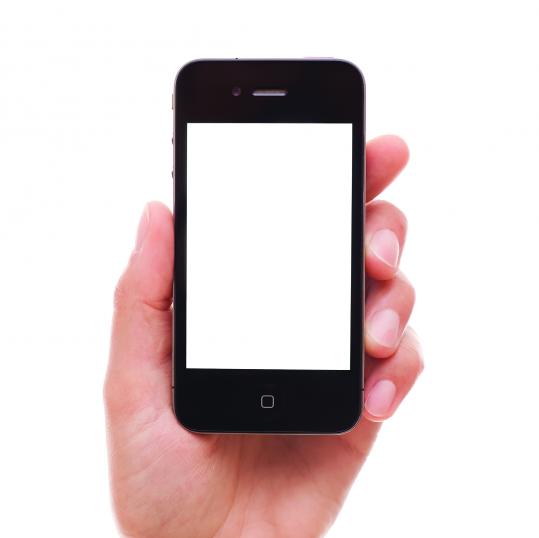 The bride and groom were making the rounds at their reception in East Bridgewater when the wedding coordinator at the Villa at the Ridder Country Club noticed a major problem. Uh-oh. Was the bride’s bra showing? Had a child swiped a fingerful of frosting from the cake?

“Guests were sending very inappropriate texts,” said Jennifer Gullins, the marketing director of Saphire Event Group. And they were far from private. The happy couple had sprung for a DJ package that included a large plasma screen on which text messages could be displayed. Some guests had taken the opportunity to send nasty (and anonymous) comments about other guests’ outfits and sizes.

“We approached the bride and groom and said unfortunately we have to ask for this service to be discontinued,” Gullins said.

Technology — for better or worse — has become a presence at a growing number of weddings. Couples are live-streaming their nuptials so far-flung friends and relatives can watch the proceedings in real time. They’re bringing in big screens so that distant friends can be present (in a 2-D way) by means of prerecorded video or Skyped best wishes. They’re agonizing over budget decisions unheard of just a few years ago: passed hors d’oeuvres or Wi-Fi? They’re factoring foreign time zones into their planning; an evening wedding on the East Coast gets mighty late for European relatives watching on Skype. And, in perhaps the ultimate sign that technology has arrived, it’s become a source of friction.

Anja Winikka, editor of TheKnot.com noted today it would seem strange to have a wedding without some kind of technological presence. “The bride getting married today is 28 or 29,” Winikka said, “and she’s been totally connected her whole life.”

Even brides who don’t want a lot of gadgetry at their wedding know they are probably powerless to stop it, said DJ Ra-Mu Al-Mahdi, of Ra-Mu and the Crew. The DJ offers “text message live” services that allow guests to text to a big screen during a reception, just as people do at concerts and business conferences.

“Most guests are going to bring their phones with them,” he said, “and most brides would prefer that the phones at least somehow relate to the wedding, rather than what the Sox or the Celts are doing.”

Never mind that a wedding is supposed to be a social event — people need entertainment beyond conversation, music, and food. And that means interacting with their phones. “Now during cocktail hour, you’ve got something [live texting] that engages all the guests,” said Al-Mahdi. “They’re not bored.”

The push for technology comes from almost all directions: from couples themselves; from live-stream companies such as I Do Stream and Marry Me Live; from cruise ships that offer live streaming from sea; and in the case of Ranjini Srinivasan, 28, her parents.

Srinivasan’s folks wanted their relatives back in Chennai, India, to see the wedding ceremony at the Taj Boston in real time, but the bride herself had concerns. “A friend got married in January and it was a mess,” she said. “The sound cut in and out and no one could see. It was horrible.”

Srinivasan’s streaming experience last year was much better. So good, in fact, that her 82-year-old grandmother, Padma Srinivasan, was able to participate in the wedding from 8,000 miles away.

“As soon as the high point of the ceremony was over, my aunt came rushing up to me with a phone and said, ‘Take this,’ ” said Srinivasan, a pediatrician. “If you watch the live stream you might think, ‘What’s going on? The bride’s on a cellphone in the middle of her wedding.’ But without [live streaming], I wouldn’t have been able to have that moment with her.”

Of course, capturing the moment often means changing the moment. Boston filmmaker Jack Brotman recently filmed a groom at the Mandarin Oriental giving a “shout out” to relatives in Colombia while a rabbi was marrying him under a chuppah, or canopy.

“He waved to the camera like people do at sporting events,” said Brotman, of Generations Cinemastories. “I’ve never seen a groom wave to the camera during a ceremony.”

At some weddings, phone-wielding guests shooting video and stills are so numerous it can be challenging for the professionals to get the shots they’re being paid to take. “You’ve got an entire wedding full of photographers,” Brotman said. “It’s so prevalent we’ve come to accept it.”

Sometimes the bride also has an issue with the amateur photographers, said TheKnot’s Winikka. Guests who are accustomed to uploading pictures constantly may think nothing of instantly posting a wedding photo on Facebook, she said. “But the problem is that that may be the very first photo of the wedding that the world sees, and maybe it’s blurry, or the couple wants to curate their own photos. The bride can’t immediately untag herself in a photo she doesn’t like.”

Even as traditionalists decry the high-tech intrusion and the reality-TV-ification of weddings, at least one thing has not changed: The stress of getting to the wedding on time. Many couples who live stream their weddings do so for the benefit of elderly relatives — the very people who often have trouble getting onto the Internet.

I Do Stream, in Tolland, Conn., offers a customer support live chat service to help with technical difficulties, and things can get “emotional” when a wedding’s about to start and people can’t log on, said managing partner Philip Ly.

“It’s simple stuff,” he said. “They typed in the wrong password, or they have a firewall that prevents them from watching, or they have a virus and they don’t know it.” He recalled one particularly tense moment. “A parent called and he was really mad. He’s like, ‘You guys are making me miss my son’s wedding.’ It turned out he had his caps lock on. Everything was in upper case.”

Live streaming adds between $400 to $800 to traditional professional video costs, Ly said, with the extra expense covering such tasks as setting up a custom webcast Web page and ensuring there’s actually Internet access. DIY packages from his site cost about $200 and include special software.

It can be done for free, too. In Springfield last summer, Andrew Davis, chief strategy officer at Tipping Point Labs in Newton (and the guy friends call when they’ve got an IT issue) used his iPhone and the free Ustream app to live stream a pal’s wedding to the bride’s hospitalized sister. The task was so simple, he said, he almost forgot he was doing it. “Then at some point I realized my arm was getting tired.”

Being there — even when you’re not there — has become so integral that it has worked its way into perhaps the most personal part of the public event: dress shopping.

The David’s Bridal chain is starting to see brides Skyping with distant maids-of-honor and mothers, and plans to add Wi-Fi to its stores to make far-flung opinions as easy as possible to solicit. A live shot can capture a dress in a way a still photo can’t.

“It’s great to be able to do it,” said Trisha McCleary, an assistant manager in the Danvers store, who has consulted with the off-site friends and relatives as the bride twirls for her remote audience, “but it’s weird to talk to someone and feel like they’re in the building.”

Technology-induced or not -- we want to hear your best wedding horror stories. Don't be afraid to spell out all the gory details.
Your comment is subject to the rules of our Posting Policy
This comment may appear on your public profile. Public Profile FAQ