The Twang of Boston
Classic country is usually associated with the South, not the South Shore, but Scituate-spawned band Girls Guns and Glory is the real deal. There are no women in the band, and the heavy firepower comes from guitars and heartache, not weapons. But the whip-smart quartet got all the glory in 2008. Thanks to expressive playing and the Yoakam-meets- Orbison quaver of Ward Hayden’s vocals, GG&G broke through onto national charts with its coltish third release, “Inverted Valentine,” emerged victorious from the WBCN Rumble, and won the local Act of the Year trophy at the Boston Music Awards.
(Johnny Arguedas) 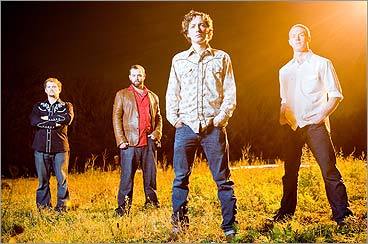