Good Show
Peter DuBois had big shoes to fill when he replaced Nicholas Martin as artistic director of the Huntington Theatre Company. Martin had raised the company’s national stature and established the Calderwood Pavilion as a second stage. But DuBois was unfazed by the challenge, and his first season at the helm has led to a delightfully quirky lineup that mixes the familiar (Tom Stoppard, Gilbert and Sullivan) and the unexpected (a new cabaret series featuring a mix of musical theater, comedy, and Berklee College of Music students). DuBois will make his own directing debut for the Huntington in April.
(Pat Greenhouse/Globe Staff) 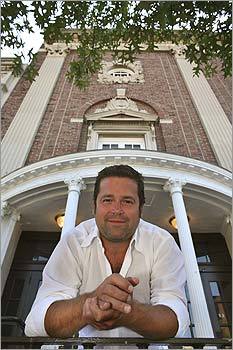