A Greener Way
Boaters, anglers, whale-watchers, energy developers – everyone wants to use our ocean resources for something. Why not have one body draw up a master plan for managing state waters and decide which zones most need protecting? It sounds like a no-brainer, but when Governor Patrick signed the Massachusetts Oceans Act in May, it was the first comprehensive ocean planning law in the nation. State officials are already working on the plan, which is scheduled to be finished by the end of this year. If it’s done right, projects like off shore natural-gas terminals could be less contentious in the future.
(Bill Greene/Globe Staff) 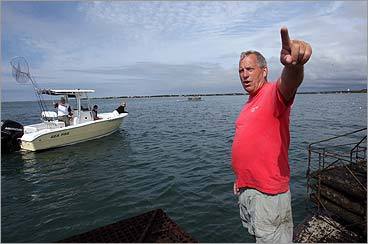