Time to come clean as soon as possible 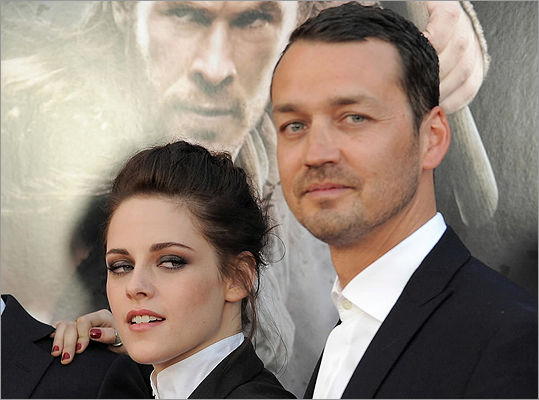 In 2009, it took Tiger Woods six days to post a statement online apologizing for his “transgressions.” In 2011, then-congressman Anthony Weiner waited more than a week before admitting to his. It took actress Kristen Stewart less than 24 hours to come clean about her own.

Last week, the blogosphere blew up with the news that the 22-year-old “Twilight” star had been unfaithful to heartthrob Robert Pattinson, her costar in five films and her boyfriend of three years. The evidence? An Us Weekly cover posted online with a photo of “Snow White and the Huntsman” director Rupert Sanders romantically embracing Stewart. Within a matter of hours, Stewart and the 41-year-old Sanders, who is married with two children, separately released public statements apologizing to their loved ones.

When most everyone can access news from their phone instantaneously and, thanks to Twitter, offer endless streams of speculation and judgment, crisis management teams are no longer spending days or weeks crafting the perfect response to news of scandals or even embarrassing photos. The only way to tamp down the roar of social media is to issue a statement as quickly as possible, PR experts say.

“You can’t afford to be asleep at the switch or be slow at reacting,” says celebrity crisis expert Allan Mayer, who has counseled big names like Eminem, Johnny Depp, Halle Berry, and Steven Spielberg. “It used to be you could take a little time to gather your thoughts and figure out what you want to do. It’s a luxury none of us have anymore.”

The quick timeline is a change even from a year or two ago, and certainly from a decade ago. Mayer, head of strategic communications at public relations firm 42West in Los Angeles, started working in crisis management in the late ’90s. It was a time when only newspapers and television stations exposed affairs, naughty behavior, and corruption. There was no Twitter then, of course, no bloggers keeping watch.

“You knew if something broke in the morning, you had a few hours to get it together before the afternoon newscasts or the early evening deadlines for the newspapers,” Mayer said. “Well, that’s ancient history now.”

Howard Bragman, a Hollywood crisis manager of 30 years and vice chairman of reputation.com, says public figures caught in an embarrassing situation react immediately because they want to pull the plug on speculation.

“They hope that by responding quickly the story will die down and hopefully go away,” he said, “and some other celebrity will do something stupid and that will suck the air out of the room.”

The Tom Cruise-Katie Holmes divorce was settled in just 12 days — one way to slow the endless speculation about the circumstances and reasons behind the breakup, says Wheeler Winston Dixon, a James Ryan Professor of Film Studies at the University of Nebraska, Lincoln.

“That was handled immediately because they didn’t want any kind of media fallout,” he said. The only way to put it to rest is to get in front of the issue, he added.

Mina Tsay, an assistant professor of mass communication at Boston University who studies the effect of social media on individuals, said it’s easy for rumors to spread when people start re-tweeting each other or reposting YouTube videos. It’s in a public figure’s best interest to respond right away, she said, or else “misinformation can be channeled in so many different directions.”

That rapid transmission of information has forced some media relations teams to prepare for bad news before it happens. Scott A. Sobel, president of Media & Communications Strategies based in Washington D.C., said his crisis management firm performs “reality audits” and devises responses to hypothetical situations.

Sobel, who has clients ranging from politicians, celebrities, lawyers, and doctors, said responses are more “seamless” if firms plan ahead.

“It’s [like] trying to rip a Band-Aid off quickly as opposed to letting it linger and a wound get infected. . . . There’s less damage, and it’s cost-effective because you’re not fumbling around and making the situation worse,” he said.

In the case of Stewart, Sobel said it’s possible her PR team knew about her affair with the “Snow White and the Huntsman” director and already had a prepared statement ready to go. Publicists know that a young celebrity relationship won’t last, he said.

“What’s the likelihood given the history of those kinds of folks and that age group that they’re going to end up getting married and will have five children,” he said. “Somebody is thinking in the back of their mind, ‘Gee, what if this goes south? What do we do?’ ”

Managing personal affairs can be more difficult than controlling news of a drug recall or food poisoning outbreak, says Marlo Fogelman, principal of marlo marketing/communications in Boston. However, she said the basic PR principles of “transparency” and “accepting responsibility” still apply.

“Once someone puts the truth out there in the right way, it nips speculation and can change the course of discourse,” she said in an e-mail.

But in some cases, negative attention can actually help celebrities gain popularity. Take Charlie Sheen, who set a Guinness World Record last year for the “fastest time to reach 1 million followers” on Twitter, shortly after making derogatory comments about “Two and a Half Men” creator Chuck Lorre.

“Crises and controversy used to be something that killed a career,” Bragman said. “Now, it can almost be Viagra for a career.”

PR experts say the best statements are sincere and showcase the person’s true feelings. Supermodel Gisele Bundchen’s apology after calling for an international law that requires mothers to breast-feed for at least six months is one example. The wife of Patriots quarterback Tom Brady retracted the comment on her blog:

“My intention in making a comment about the importance of breastfeeding has nothing to do with the law,” Bundchen wrote. “It comes from my passion and beliefs about children. Becoming a new mom has brought a lot of questions, I feel like I am in a constant search for answers on what might be the best for my child.”

While Bundchen’s apology had strong emotion, New England Patriots owner Robert Kraft used humor in a statement he issued this month after a video of him reading lines to bikini-clad actress Ricki Noel Lander went viral.

“I tried to help Ricki prepare an audition tape for an upcoming Vince Vaughn/Owen Wilson comedy by reading Wilson’s lines,” the statement said. “I never intended that it would be made public and I regret that it has. I think we can all agree that Owen Wilson has nothing to worry about. I am going to stick to my day job.”

Though some people criticized Kraft for turning the apology into a joke, Fogelman said the response was well handled.

“What everyone wants to know is what his relationship is with Lander and why he made the video, but that is no one’s business but his own and his statement made it clear that was how it was going to stay,” Fogelman wrote.

No matter the situation, crisis teams acknowledge that their clients are people who feel humiliation and pain just like everyone else.

Said Bragman: “You can’t forget that they may be huge movie stars who make millions of dollars, but they’re also human beings who have feelings, and families, and friends.”

Famous apologies
Celebrities may be rich, famous, and talented, but they’re certainly not perfect. Check out a roundup of some high-profile mea culpas.
Your comment is subject to the rules of our Posting Policy
This comment may appear on your public profile. Public Profile FAQ