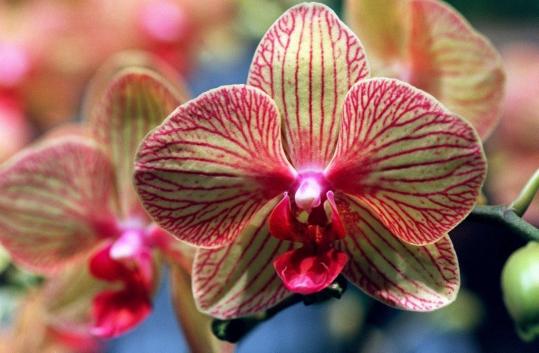 Holiday plants make lovely gifts, but if you’re the recipient don’t feel guilty about tossing them out after they finish blooming. Most are not long-term investments, but some do perform better than others. Here’s our picks for the best . . . and the worst.

BEST
Amaryllis bulbs always bloom their first year with magnificent flowers. Give the pot a weekly quarter turn to keep the stem straight. You can discard after blooming or keep the plant alive to (maybe) bloom again next winter.

Christmas cactuses make the best long-term houseplants on this list. To get them to re-bloom next year, decrease moisture to almost nothing after they finish flowering and trim the stem ends. Move them outdoors into a shady spot from June until frost is predicted. Once they’re back indoors, keep them fairly dry and cool until they bloom again, then increase watering. If your plants have scalloped stems instead of stem margins with pointed projections, don’t expect them to re-bloom for Christmas. They are Easter cactuses.

Cyclamens will produce flowers with elegant swept-back petals in bloom for several months if you keep them moist at all times in a window where they won’t get direct sunlight. Discard after blooming ends.

Phalaenopsis orchids, or moth orchids, are the easiest orchids to grow. Mist the leaves and place the pots on top of large saucers filled with pebbles in water that evaporates and creates a moist, mini-climate without actually touching the roots. An east- or west-facing window is best for location. They need at least 10 hours of light a day to re-bloom. Fertilize in summer. Well-grown phalaenopsis will bloom year-round. Dendrobium, paphiopedilum, and oncidium orchids also make good gifts and will sometimes reflower.

WORST
Azaleas are expensive but many of the Indian azaleas (Rhododendron simsii) will wilt and drop their leaves in a week. Try to keep them going by making sure the soil is always wet. They also need a cool but bright location that is not in direct sunlight, a temperature of 50 to 60 degrees, and daily misting. If you want holiday azaleas to enjoy now but plant outdoors later, look for the less common Japanese azaleas (Rhododendron obstusum), which look similar but are winter hardy.

Kalanchoes are long-flowering holiday plants in the colors of a Mexican fiesta. But for our money, the palette is just too summery and sunny for the winter holidays.

Paperwhites are fragrant narcissus bulbs usually grown on top of a bowl of pebbles and water that just touches their base. Some find the smell of the flowers too sweet. I just don’t like the way they flop over. Discard them after blooming.

Poinsettias aren’t made of plastic, but they are treated with chemicals to keep them compact, and engineered to bloom for up to six months, longer than most of us would like. This Christmas cliché looks even sillier when still sporting its red bracts at Easter. Discard after blooming, if not before.