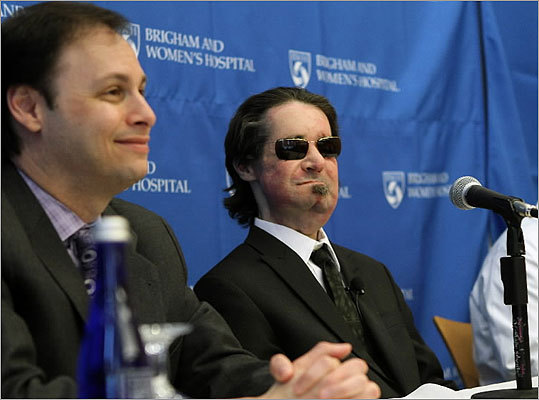 Here, Wiens, one year after his April 2011 transplant, spoke with the media about his recovery. Wiens told reporters the surgery has given him the ability to smile again and feel his daughter's kisses

Some of the following images are graphic, and may be disturbing to readers.